Going to Rome literally ruined some of the other cities on my Euro Trip as it is absolutely stunning. I can’t say enough other than you don’t see Rome, you feel it. Thus, I want to make sure you make the best of it and if you want some great Rome tips then I think you came to the right place. Here you will find 17 perfect tips for Rome and some unique ideas for Rome that you won’t find anywhere else. Rome itself can be really overwhelming as there is SO fucking much to see and where do you start? If you have read my other articles you know I love Rome and it is an absolute must-see. Furthermore, I have one major secret must do tip in Rome as well, which is an article you have to read as it could change your trip entirely. 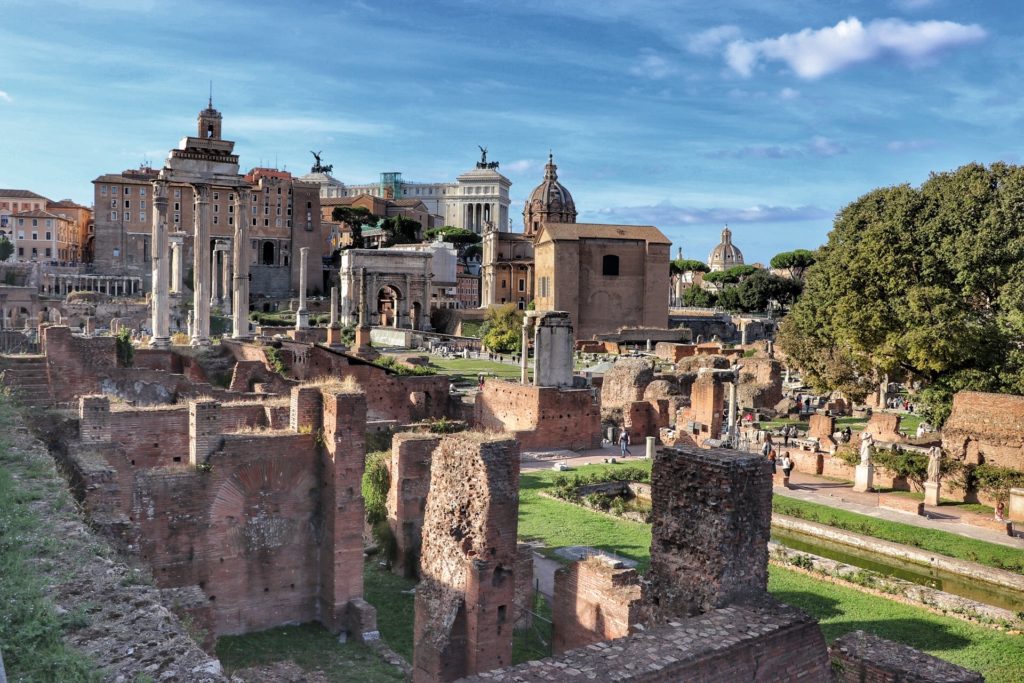 I can’t say enough about Rome, it makes the hair on your arms stand up and a feeling of euphoria that only certain special places, moments or things can give you. The only way to describe it is that you feel as if you’re in a book…. Not just a history book either, add in a romance novel, mystery book or choose your own adventure. I honestly said out loud to myself, “what a magical place,” countless numbers of times. All you can do as you walk around Rome is continue to say “how.” The architecture, statues and details of every step are unparalleled. You’d think every single structure or piece of art took millions of years to construct. I truly have never been sad to leave a place and I felt thatwhen I left Rome. With that said, here are perfect tips and a guide to visit Rome! 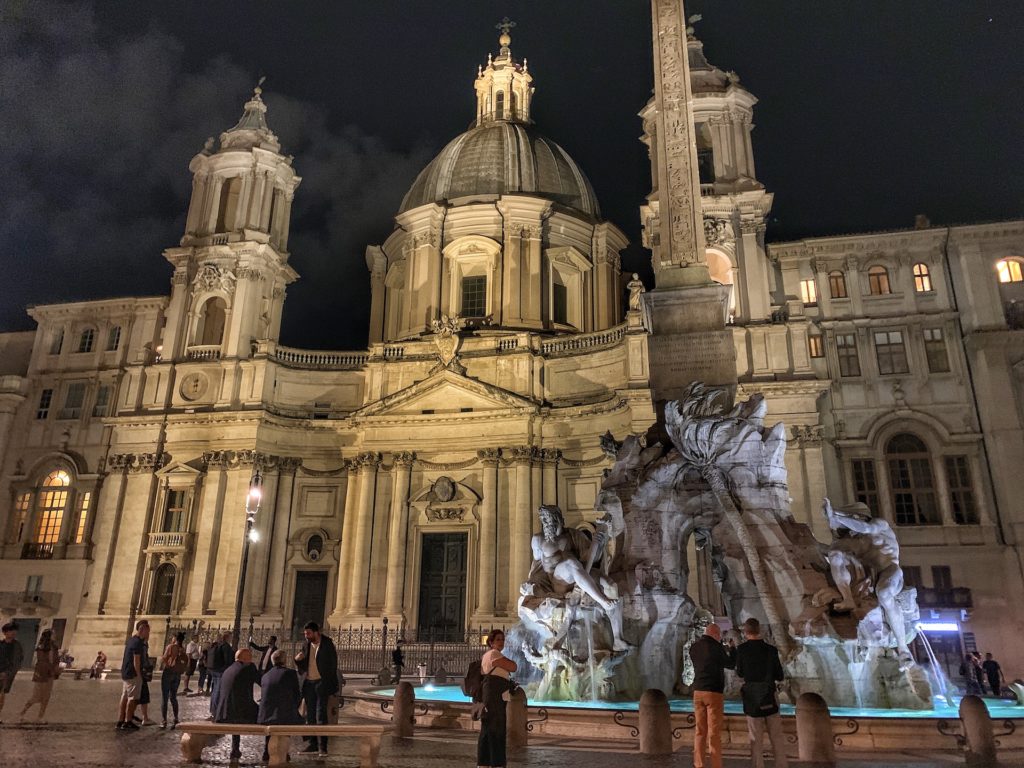 If you are looking for new luggage or a great gift idea, some of the favorite things I own are my Ogio luggage, especially my huge rig! It is perfect, has lasted 10 years all over the world, still looks great, ultra protective and rolls amazing. It is a little expensive but considering it has lasted so long and looks like the Batmobile of luggage. They have all sizes and here is the main guy I love.

For the most important Rome Article, read this on The Only Thing You Absolutely Have To Do In Rome. 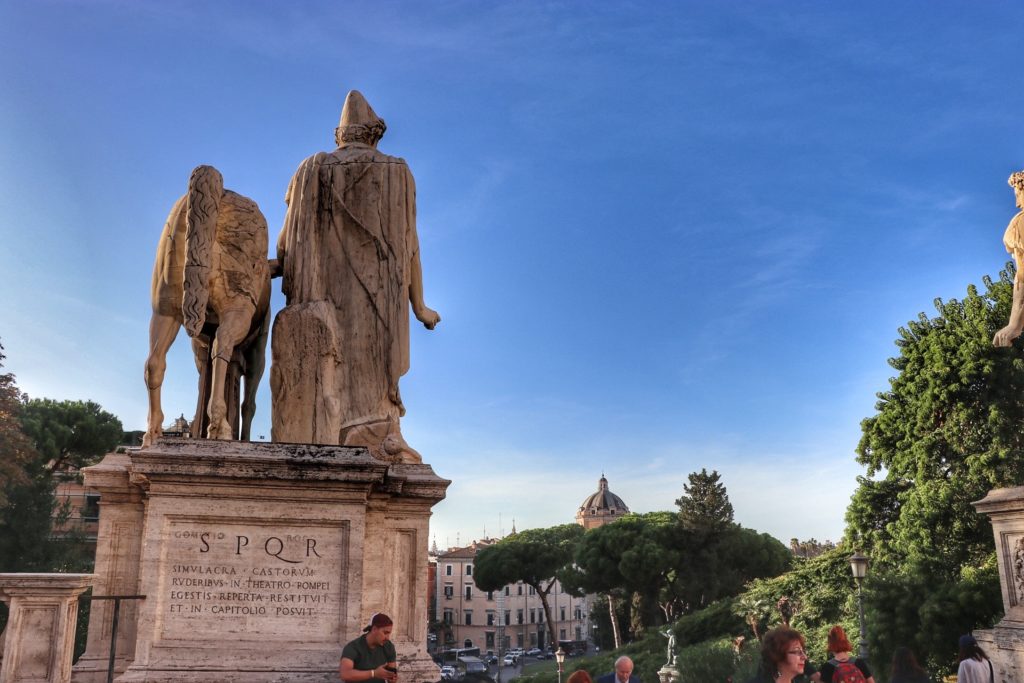 The Best Tips To Visit Rome

So you don’t get too overwhelmed, out of the 3.5 lines, you will most likely only take Metro Line A, which is commonly marked in orange and it runs every 5-10 mins. The metro directions are based on the terminal station at the end of the line so Line A is Termini to Batistini. This line will bring you to the Vatican, Spanish Steps, Trevi Fountain, Roman Forum, Colosseum, Capitoline Hill, Galleria Borghese, close to the Pantheon.

Tickets can be purchased at all metro stations via credit card and cash. You can buy single ride tickets or purchase 24 hour, 3-day and 7-day passes. If you don’t know what you are doing I would just buy a 3-day pass and call it a day since it is pretty cheap and saves you stress of planning out each step, how often you need a pass etc. The metro is open from 5:30am to 11:30pm and open late until 1:30am on Fridays and Saturdays. 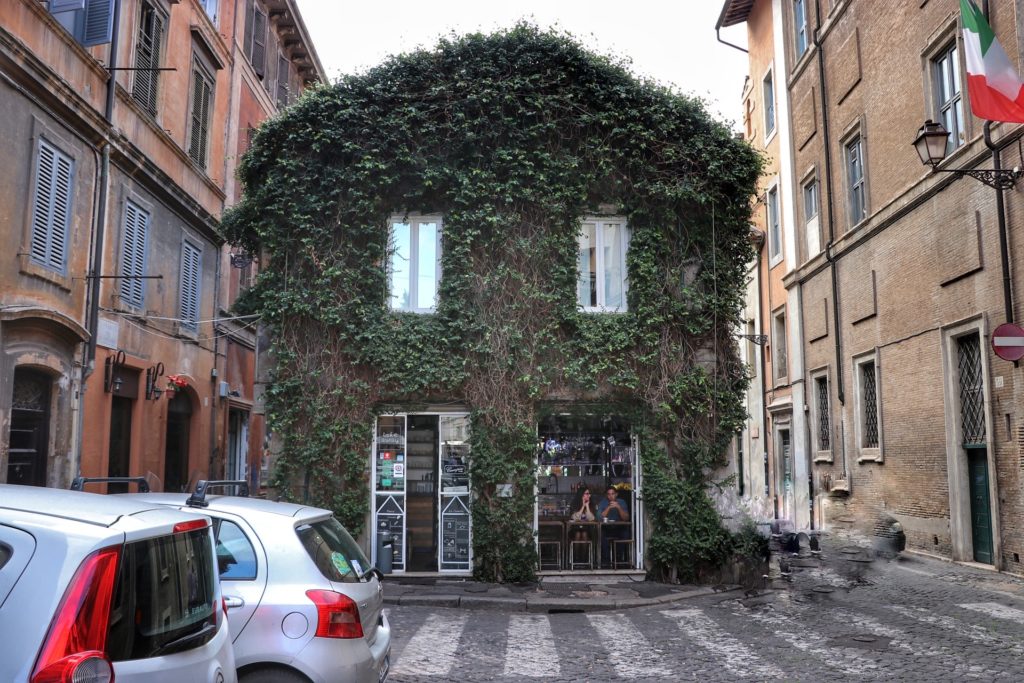 Getting To & From The Airport in Rome

Getting To & From Fiumicino Airport

From Fiumicino airport you can take a bus, Leonardo Express to the Termini Metro Station or a Taxi as the main methods. There are also private airport shuttles that run around €7-10 however if you have traveled you know sometimes these can be overwhelming when you arrive and not knowing how to trust with everyone shouting for you to come with them.

Bus is the cheapest obviously, called the COTRAL lines and they leave from Terminal 2 arrivals. Just follow signs to the Regional Bus Stop and hop on, people will guide you as well if you are unsure. It will cost €3.50-4 and takes about an hour where you can get off at either Termini Station, Comelia Station and Magliani Station.

The Leonardo Express is a good option at only €14 and it takes you from the airport to Termini Station. From there you would take the Metro, bus, a taxi or walk to you hotel. This is nice as it takes just 30 minutes to get to Termini, where the bus takes an hour.

Taxi is a great idea if you have a group of people as it is €48 but if there are 3-4 of you then it is almost the same price as the Leonardo Express but it will also drop you off right at your doorstep vs. having to find your way from Termini Station.

There are shuttle companies as well such as the T.A.M., SIT, Terravision & Atral all of which cost €6-7 and will drop you off at Termini. These will take 50 minutes so really the bus and the Leonardo Express seem the best cost-benefit analysis. Not to mention, as with shuttles you sometimes are waiting for the companies to fill their seats before they take off. 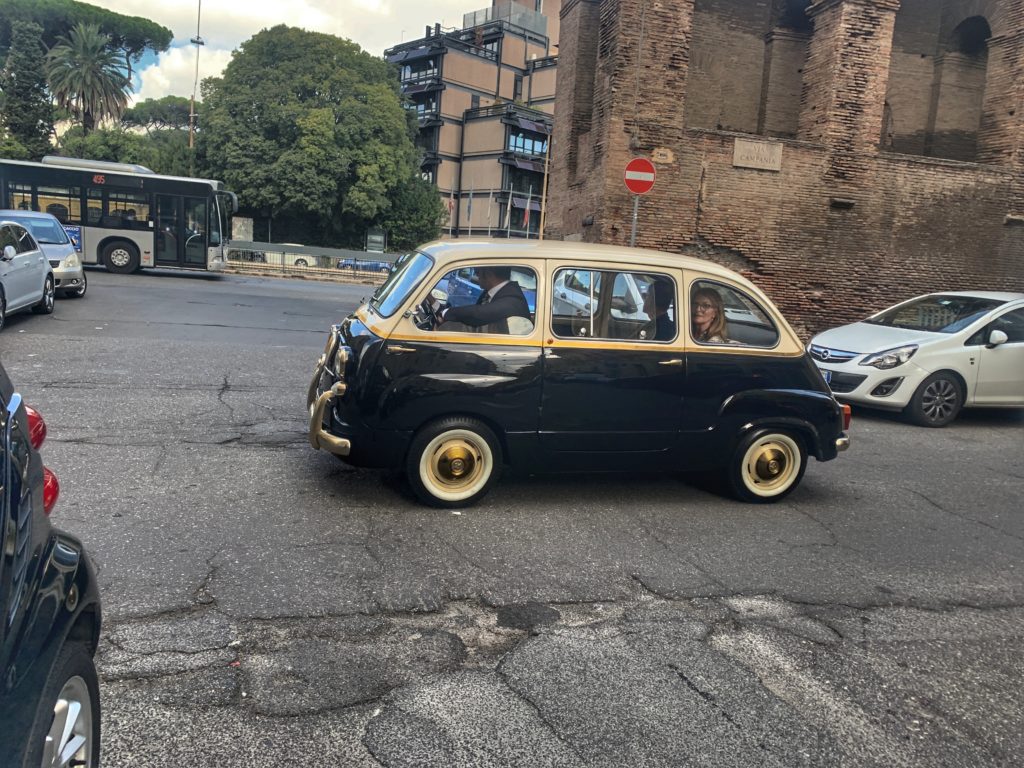 Getting To & From Ciampino Airport

This one is a little trickier as it is a smaller airport. To be honest if there is 2 or more of you then take a taxi. It is closer to the city than Fiumicino and is only €30. Tthe other option is to take the COTRAL bus to get off at Metro A Anagnina Station and then go to Termini Station. From Termini then you have to figure out your method from there to your hotel… so it is a lot. I think spending the €30 to get dropped off at your door is worth it for piece of mind in this case.

What To Eat & Drink In Rome

Everything! Literally you will have no shortage in finding amazing places to eat and drink. I don’t even like coffee and got addicted to their cappuccinos, they’re ridiculous! As you walk around Rome you will see a cafe and restaurant on every corner. Normally you can see which ones are busy and go for it! Also ask your hotel, friends or locals about their recommendations however there are 100+ places you will be happy with. 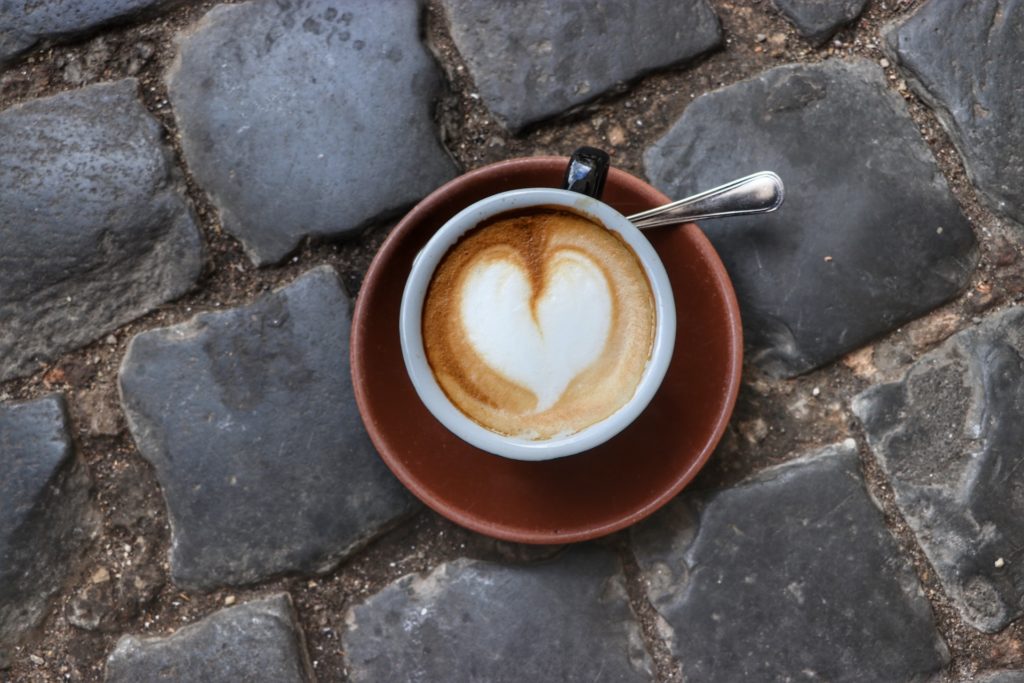 What Area to Stay In Rome

Rome is so safe and walkable you can stay pretty much near any of the major sites and be happy where you stayed. Like most people I got really overwhelmed with where to stay as there are so many options. With that said, after spending time there you really can say anywhere as every corner has a coffee shop, amazing restaurant or incredible site to see. I would suggest staying central anywhere near Piazza Navona / Pantheon area, or the Trevi Fountain & Spanish Steps area is great and lots of places to stay as well. Staying near the Spanish Steps & Trevi Fountain is close to the metro line, which is really helpful. With that said, you could stay near Capitoline Hill / Roman Forum / Colosseum area and be right near the metro line as well as be surrounded with things to do. My best advice would be to just find the best value in a hotel, with good reviews, which is somewhere central and book it. Trastevere is really nice as well or you could stay near the Vatican, however, I would suggest more central ideally though near the Pantheon or Spanish Steps. 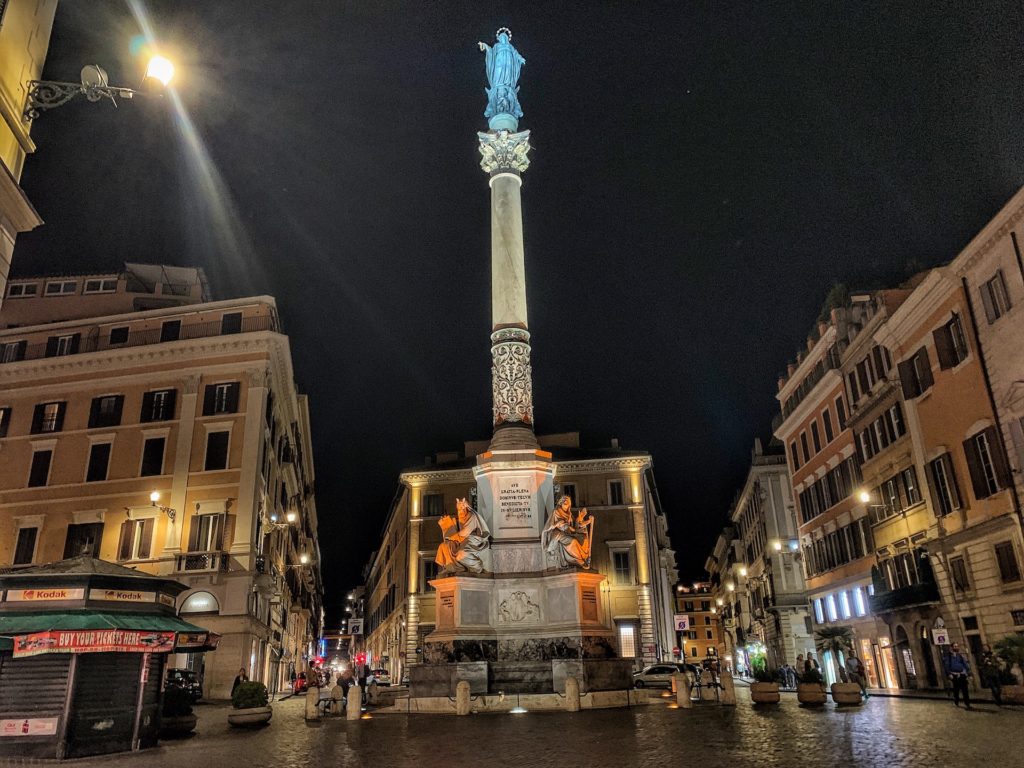 Finding a good resolution map for Rome online was near impossible so here is a better resolution one for you as well! 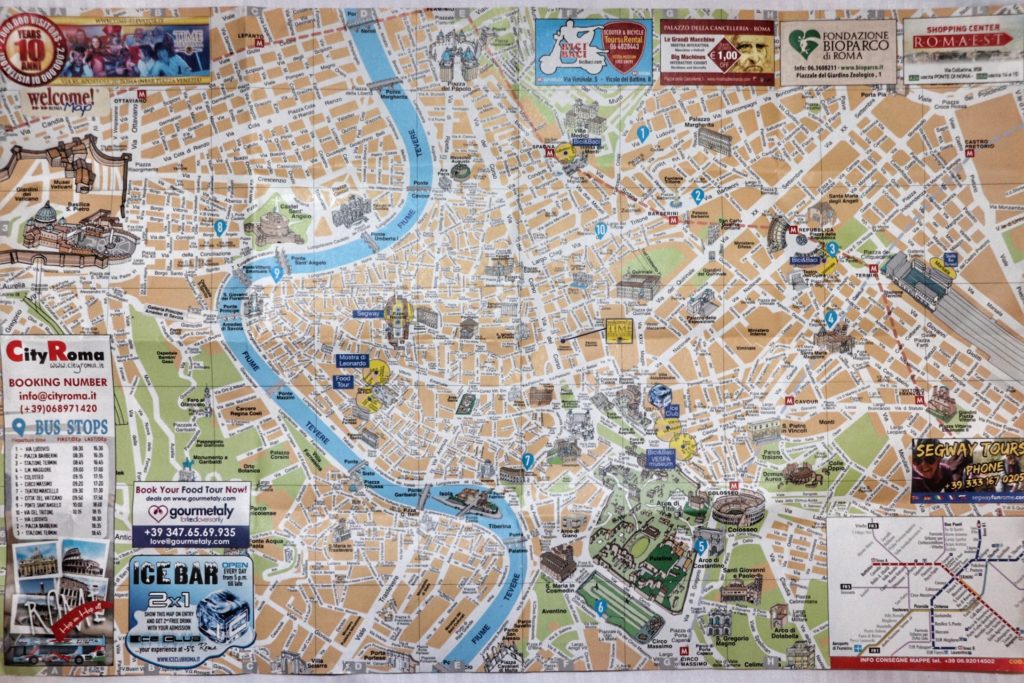 Rome truly is the most magical place and I hope you enjoy it. Please share your favorite places, things and tips in the comments below!

Just a heads up, as an Amazon Associate I earn from qualifying purchases. However, I love every product I share with you and fully stand by it!

The Only Thing You Need To Do In Rome

Our relationship isn’t this picture perfect... b

French toast and berry compote in 7 mins! Link in