6 Of The Best Ways To Be Successful

“Success” is pretty relative as it means something different to every person. At the end of the day making yourself happy with feelings of progress and achievement is what is important.

Success is what we all seek whether that is being an amazing teacher that makes $40k a year, being the best stay at home mother to raise amazing children, being the policeman protecting our community or becoming the CEO of a company.

Success is what everyone is chasing and these 6 tips below can help get you there. Whatever success means to you these tips below can be your guide to take on the world so you can become the best you imaginable.

While the tips below aren’t the end-be-all they definitely will put you on the right road to discovering what works for you and maybe even changing your mindset to setup a path to positivity and success. 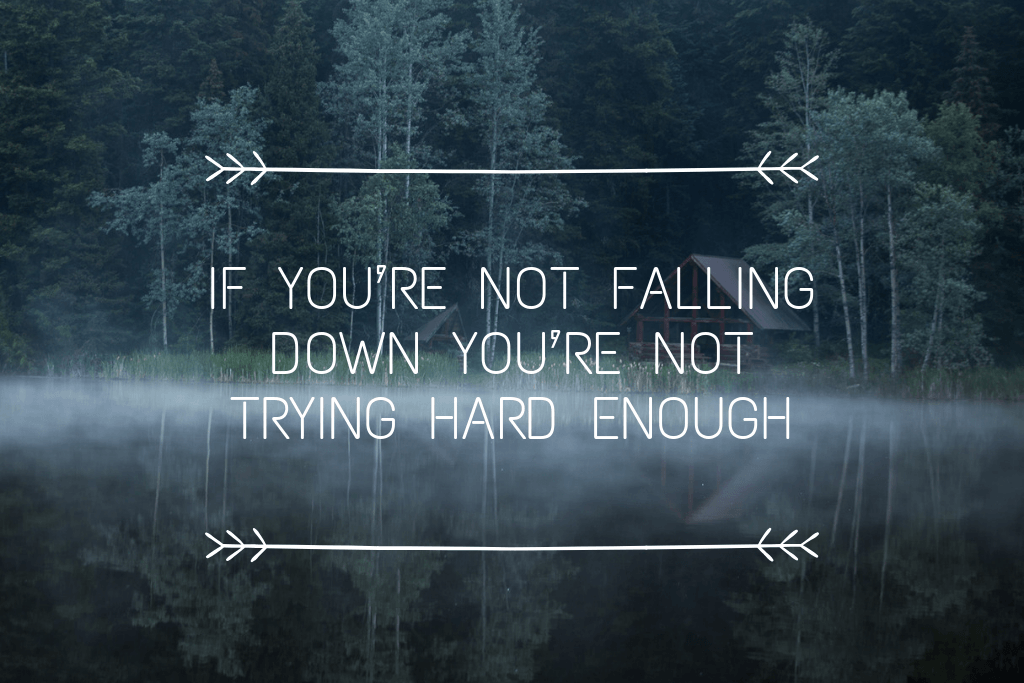 Sounds crazy right? Adversity is your best ally and truly the biggest life lessons are failing and learning from your mistakes. There will be setbacks put perseverance and being resilient is one of the most important characteristic you can have if you want to push through and be successful.

If you aren’t taking risks, pushing yourself, being creative and failing then you aren’t reaching your full capability. There are thousands of quotes from successful people about failure and adversity because if you are just going through the motions you aren’t going to take a chance to improve.

Mistakes are the perfect opportunity to learn so don’t take them negatively but embrace them knowing it is a valuable part of strengthening your drive, mind and your character. I have mentioned this before but Steve Jobs was fired, Tom Brady was the 199th pick and Albert Einstein couldn’t read until age 9… seemed to work out for them. 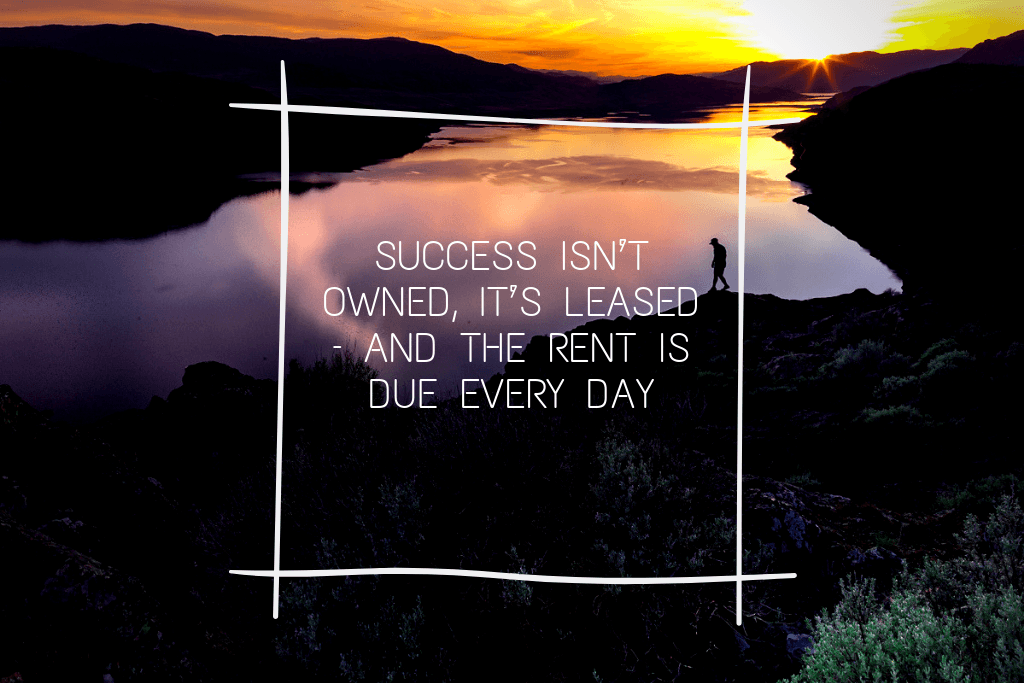 Unsuccessful and negative people will say people are successful because they were born into it or they just had a God given talent. A successful person never gives an excuse… they just put their head down and make it happen. The only thing stopping you from achieving something is you and no one else can hold you back.

“It always seems impossible until it is done” – Nelson Mandela

One of my favorite stories was when I was lucky enough to be around some NFL Pro Bowlers and saw Tony Romo beg coach Jason Garrett to tell Romo’s favorite story. The Story was about Michael Jordan and these NFL stars hung on every word like little kids.

Garrett tells the story of when he was a young AAU basketball player where he played a secret game in a random high school gym. The game turned out to be organized by Michael Jordan to get him back into shape for his return to NBA from baseball.

Garrett tells the story how he dribbled by MJ and thought to be in the clear only for MJ to smack it out of his hands at the rim. Then MJ yelled at himself for letting Garrett by in the first place. He said the next trips down MJ threw a hand into his ribs or checked him with a vicious elbow.

How one time in this friendly pickup game the ball was going out of bounds and no one wanted to injure themselves diving for it… only for MJ to dive into the bleachers and save the ball. The point of the story being MJ wasn’t only Michael Jordan in the All Star Game or the NBA Finals, he was MJ every single day even in some dusty gym in Texas diving for loose balls and not letting anyone be better or outwork him ever… you need to be MJ in whatever it is you do.

Remember, Jordan was cut from his high school basketball team… if you made any team in high school then technically you were better at something than Jordan was at basketball at one point. You might not be able to be MJ at basketball but you can be the best nurse, best fireman, best parent, best coach, and just start outworking everyone else as work ethic is free.

I always believed goal setting but putting it down wasn’t as important because your goals are always loosely in your head. However, the power of manifestation, the law of attraction and vision boards have been really creeping into people’s mindsets the past few years.

This is especially important if you find yourself waking up day after day dreading work, working for the weekend or thinking the next day will be the same as the next and so-on. Setting an important goal can flip your mindset upside down.

Write your goals down, write down what you are going to do, write it like it has already happened and there is no chance of it not, take control of your destiny.

I am a believer in the law of attraction and believe the world listens and will give you back what you put in. It is time to manifest your goals and write down what you want and your steps to get there in order to motivate you as well as be a guiding reminder to achieve it.

Don’t believe me, walk into Target without a list and see what happens. Or make a goal to make guacamole or salsa but when you go shopping don’t write anything down and see how long you spend in the grocery store.

Thus, write out your specific goals and the steps to reach them. Make your goals realistic and challenging as another great thing about goal-setting is the feeling of accomplishment and victory when you achieve them.

Don’t just write “be rich” but write down your method to growing your income and the steps to get there. Is it saving or investing your income, looking for a new job, taking on side projects? Another side benefit of goal setting is that it can help you get out of a funk or depressed mood.

The feeling of being stagnant is a major reason for feeling down and setting a goal for you to work towards, take pride in and wake up every day to achieve can work wonders. 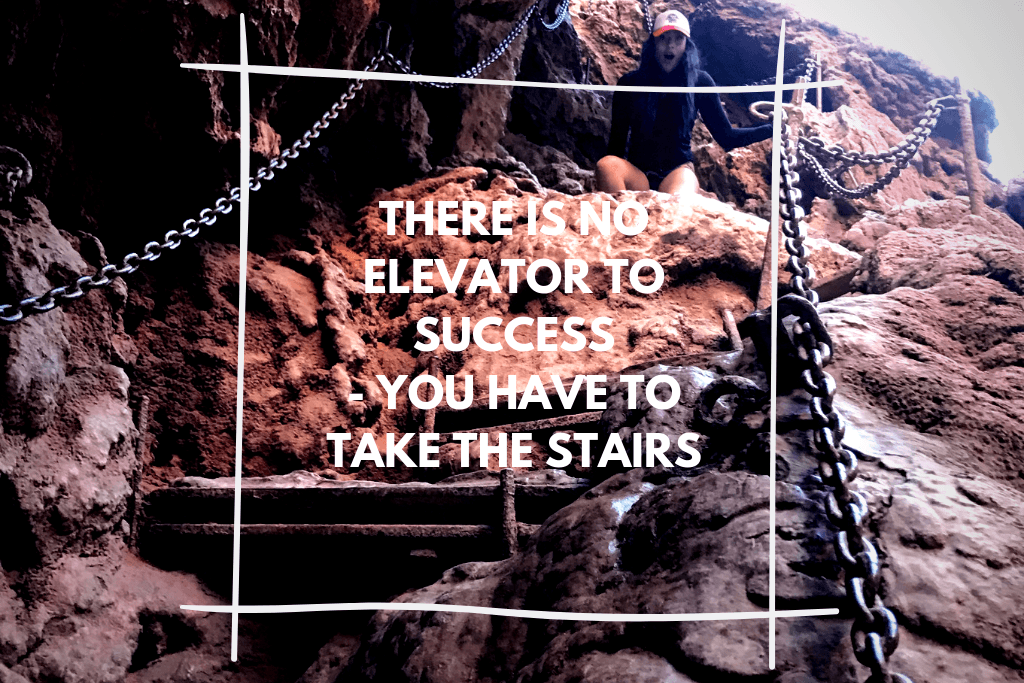 One day in central park 15 years ago I lost multiple games of three-card monte even though it was so simple and I thought I won each time. My friend Andrew said “Fraser, what were you thinking, since when is money easy?” That lesson has stuck with me my entire life.

Everyone wants to get rich quick or think they will get out of college and run into a 6-figure job. Well, by now you may have realized that isn’t going to happen quite so easy. People want to buy Bitcoin, flip houses or be a realtor and sell one house to make their yearly income. Well, life normally doesn’t work that simple and you have to put in work as you get out what you put in.

Most often you have to start at the bottom of a real estate agency to learn from people’s strengths and weakness before you can just jump to the top. No one just goes from elementary school to starting in the NFL as life is hard and everyone learns and fails on their way success.

A lot of people see the end result of a successful person but never saw what the struggle of what they did to get there. I’m by no means “successful” but I can be a real-world growth example where I went from making $30k a year to six-figures but it took years!

I had my dream house and dream car but no one saw the seven years before that. At age 28 I was -$25,000 in student loan debt, driving a no air conditioned 1988 Ford Bronco II in Texas & Nashville while making $8 an hour. You have to start at the bottom and take those stairs with goals set along the way. 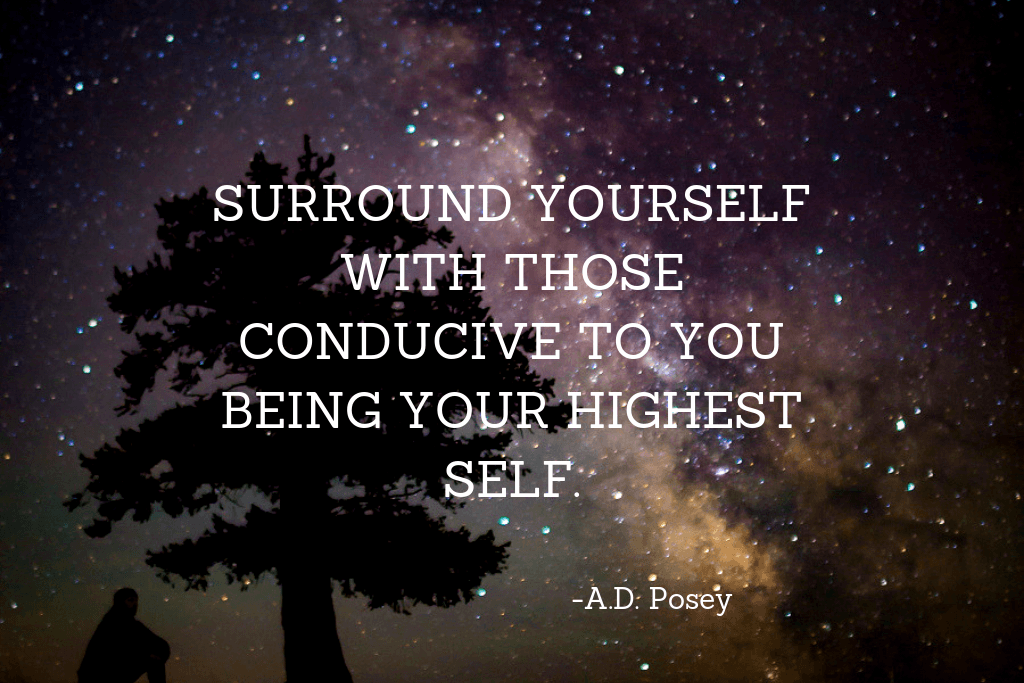 If guilt by association is thing, isn’t it possible that success by association is also a thing? Being around like-minded people who push and want the best for you can rub success off on you overnight. Get away from people dragging you down or negativity in your life and surround yourself with people doing great things and learn the possibilities out there.

Not to go sports again but I am… Lebron James credits getting to the next level from the 2008 Olympics watching Kobe Bryant’s work ethic and intensity in every workout or practice striving to not let anyone outwork him. Lebron realized he was great as he was but he had to do more if he wanted to be one of the best ever.

So many of us are happy just where we are or afraid to take a chance to be great like we are waiting for something to fall in our laps. You could die tomorrow so what is stopping you from taking that next step. Being around smart successful people who have had their failures and their wins can guide you, inspire you and just in general be a positive influence on your life. 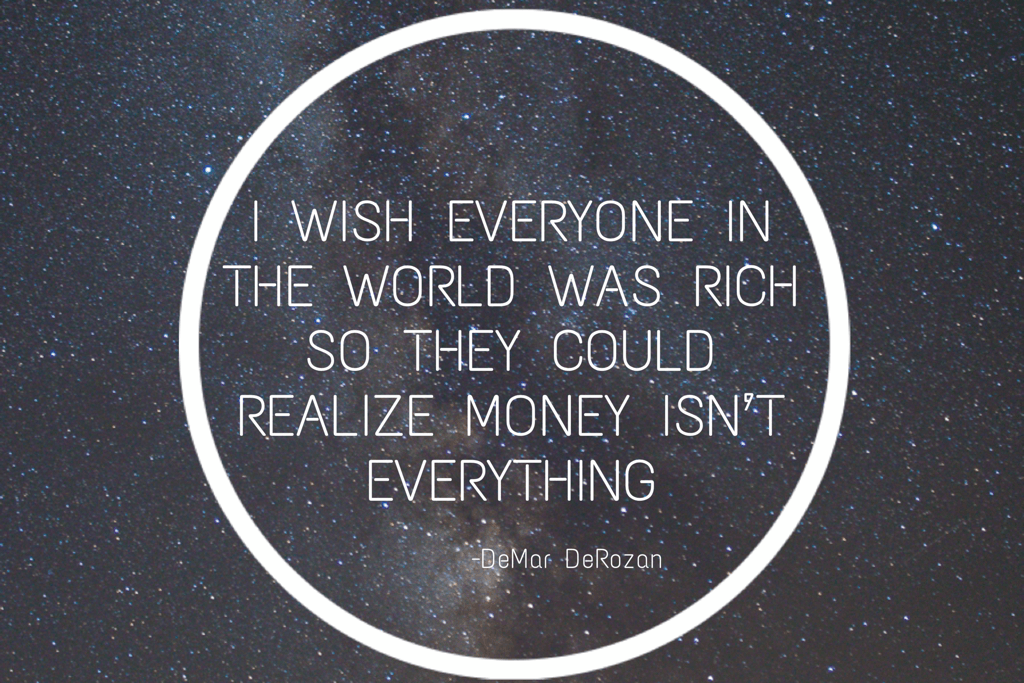 Change your focus from getting to giving. I am sure there are some very financially successful people who make money their priority but I bet more of those people are unhappy and never satisfied. Figure out what makes you happy and not how to keep up with the Jones’ as there will always be someone with more than you.

There’s an old story of which I will try to quickly summarize… Tons of wealthy people want to make lots of money so they can go to Mexico, lay in the sun, go fishing, snorkeling and have drinks with their friends. There’s a person in Mexico who makes 1/100th what the wealthy person does and does all of those things every day. Let that sink it…

Write down what success means to you as it could be a beautiful family and a small house in Missouri or starting your own company happily making $50,000 vs. making $90,000 working somewhere you hate. Sure money is cool as you can do a ton with it.

However, the more you talk to successful or truly happy people is when you find they make serving others or their community their priority or putting an emphasis on life enjoyment vs. monetary enjoyment. There will always be more money, a nicer house, a nicer car and at some point you need to look to something else to bring you happiness. 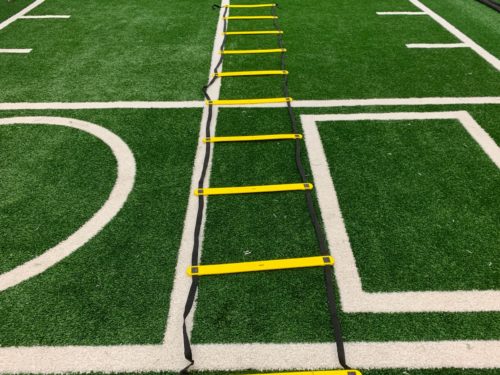 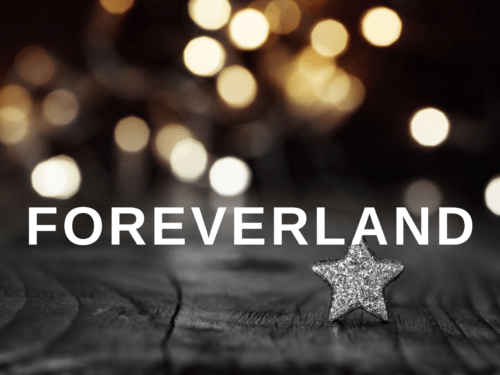 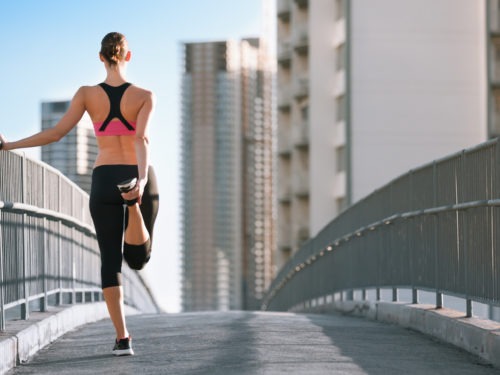 5 thoughts on “6 Of The Best Ways To Be Successful”