A Trip With Happy Pizza in Cambodia

Happy Pizza… where do I start… for starters maybe they should change the name to “Hilarious for 2 Hours Then Terrified For 16 Hours Pizza.” Let me preface this with I am extremely anti-drug, however I always like to try everything when I am traveling which includes eating scorpion, snake, all street meat and now… this laced pizza.

The year is 2017, Trump had just been inaugurated, Brexit was now a thing, Kim Jong-un was called “little rocket man,” the #metoo movement started and Colin Kaepernick was about to be barred from playing in the NFL… I should have known that in this political climate it wasn’t the year to dabble in drugged snacks in a third world country. With that said, if you didn’t know, Happy Pizza is Cambodia’s Marijuana Pizza, which is clearly growing as a tourist hotspot in the Cambodia Capital of Phnom Penh.

When my friend and I were looking for this place we expected it would be some hidden gem off the beaten path. We figured it would be something down an alley and hard to find, who knows we might get mugged, maybe even proposed into a life of being city guides for traveling businessman with long moustaches that always want us to wear the color orange and called them by their middle names… I dunno… no one knows really.

Anyways, it turns out the restaurant is right on one of the main streets in Phnom Penh pretty much along the water… literally prime real estate out in the open… no special doors to knock on; no dark streets; no businessmen asking us to massage their feet telling them about my days growing up in Canada, where we rode crazy carpets down snowy hills or the time Mikey Pickins picked his nose in class and we never forgot it. It was just a regular storefront… like a local Mcdonalds or Tim Hortons. It eased my nerves that it was so out in the open so you don’t feel nearly as scared as if you were being asked to buy weed off one of those guys in Mexico telling you they have the best weed, cocaine or crystal meth.

We went in and my friend ordered the pizza, it came to $7 and we even grabbed a couple beers for $1… easy enough right… what could go wrong? A whole marijuana pizza and 2 beers for under $9 in a third world country, no red flags to see here… My friend also has significant weed experience and I figured he would know that everything was all goods so we should be fine. We had hired a driver for a 5 hour car ride to the beach and we thought this was a perfect meal to make the long ride better.

For a deeper more meaningful Cambodia story see A Life Changing Experience In Cambodia via The Killing Fields at Choeung Ek.

We get in the car and eat the whole pizza as we start the drive. Soon enough I can honestly say I have never been funnier in my life aside from one time in San Diego when I was on fire… but I digress. Here we are laughing and having the best time, literally in tears for 1-2 hours. We thought it was funny our driver passed motorcycles just before he clipped their back tire playing his own personal game of chicken. We found it extra titillating when we saw cats driving by us or when our car turned into a couch and one time Marv from Home Alone hitched a ride for a few blocks. Marv was telling us some of the injuries he sustained really happened and holds it against Macaulay Culkin to this day. Did you know he was in The Next Three Days movie and was a lawyer to Russell Crowe… didn’t add up for me.

Where was I… so we are having a great time and then something happened… what was once sore cheeks from laughing turned into a stabbing pain in the stomach… smiles turned into frowns… and what was laughter turned into fear… and not just any fear… like more the fear as in “our driver keeps pulling off the highway every hour to stop and drives down a road so he called his friends and is going to kill us” fear. Have you ever thought you were going to die and knew it was going to happen any moment but for 3-4 hours straight? It was that kind of fear. Have you ever had a dream where someone is sitting on you and you can’t move or talk but just mumble? I think you get it.

For top 12 things to do in Siem Reap Cambodia click here. Siem Reap is one of my favorite 3 cities I have ever been!

What was probably the worst professionalism of all time turned us into nervous/anxious/terrified grown men thought we were being sold to the aforementioned businessmen at any moment by this driver. We figured we would be forced to play musicals with rusty instruments and straw wigs in the jungle only eating what we could steal from passing carts or dog dishes. Furthermore, when our driver passed every car on the drive we were pretty sure the oncoming traffic was inside our car and we were dead. Needless to say, this was not “Happy Pizza” but we aptly named it “Scary Pizza” “Terrified Pizza” or even “R.I.P.IZZA.”

While I feel like this is the only review that has poor things to say about Happy Pizza I guess let it just be a small caution. Maybe we got a bad batch or maybe we shouldn’t have eaten a whole pizza… semantics I guess… regardless it was not a good time and anything but “happy.” Neither of us remember getting to the beach, getting to our hotel, checking in or sleeping for the next 12 hours. So… if you go… maybe just try one slice and buyer beware? I am down to try anything once but that will be the last of me trying anything edible in the drug world.

This was top 3 worst moments of my trip aside from almost being killed by a King Cobra in the jungle or being extorted in India by some scary street gang who kept bobbling their heads at us.

However, if you want another great story checkout My Favorite Full Day Itinerary in Angkor Wat & Siem Reap in Cambodia. Siem Reap is one of my favorite 3 cities in the world!

IF YOU LIKED THIS ARTICLE OR HAVE YOUR OWN STORY. LEAVE A COMMENT 🙂 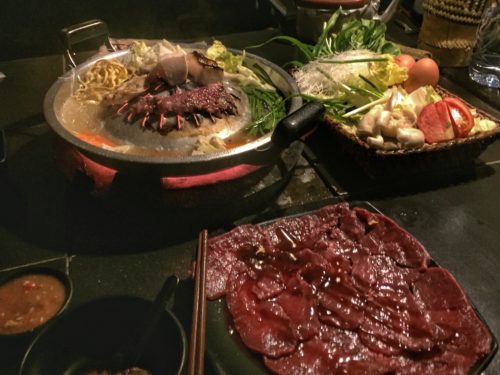 My 17 Favorite Meals In The World 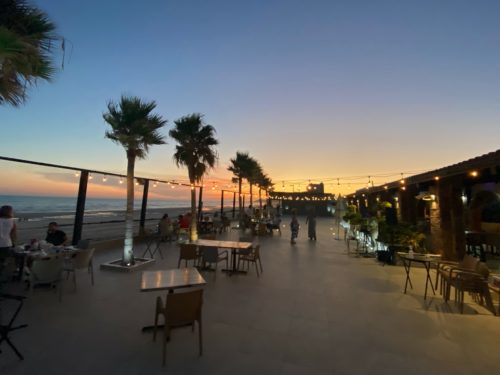 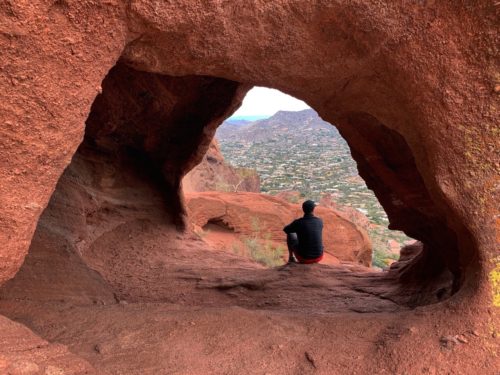 The Phoenix Bucket List: 17 Things You Have To Do

4 thoughts on “A Trip With Happy Pizza in Cambodia”