Camelback mountain is one of the most quintessential things to do in Phoenix and is even on the ultimate Phoenix bucket list. Not many places in the USA is there a mountain in the middle of a city with incredible views.

It is a strenuous hike in the middle of Scottsdale offering 360 views of Phoenix, nature, and of course great dreamhouse as well as people watching. There is also a secret cave you have to check out that not many people know about! 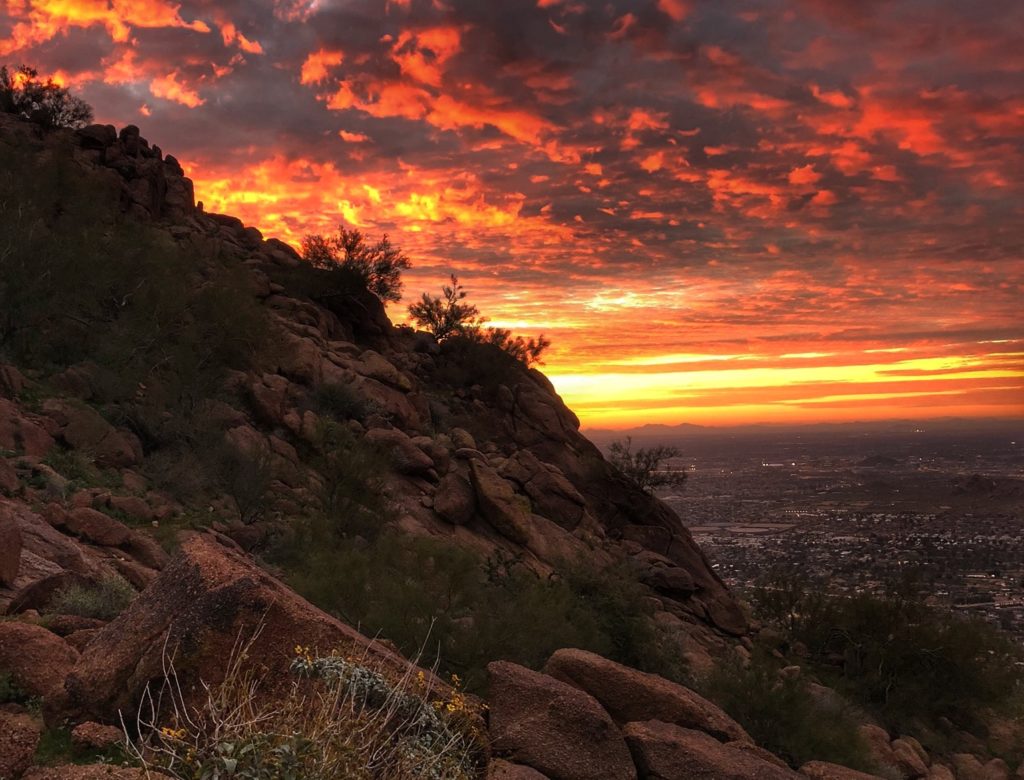 Camelback is the Runyon Canyon of Phoenix as it is the place to “be seen” while also getting a workout in. It is the perfect hike to do in the morning then drive a few minutes to brunch in downtown Scottsdale, both of which I highly recommend.

Do not take this hike lightly as even without the Phoenix heat it is a tough hike. Add in 90+ degrees and I don’t recommend it for someone without a good level of fitness. If you are not in really good shape, I would avoid this hike in an Arizona summer. 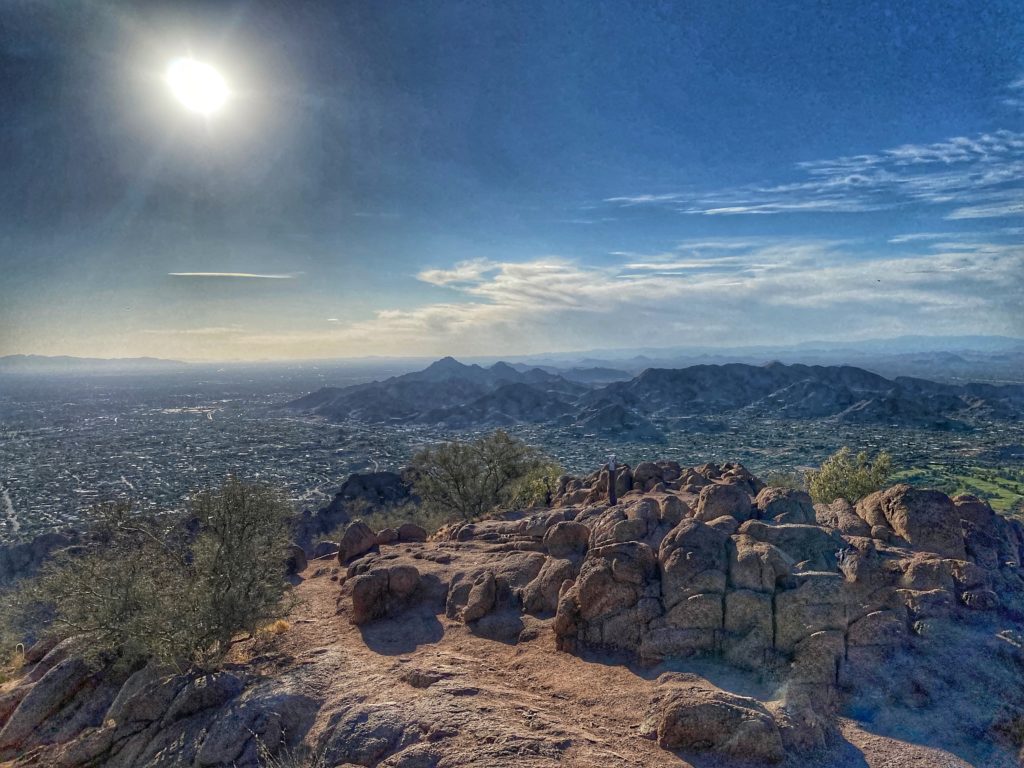 I have hiked both sides 100x and like both for different reasons. One is lengthier but less burn on the muscles. One is inside the canyon more and one has views of the city the entire way up. And, one has a secret cave that you MUST see.

Tip: wondering how much longer you have left? The trail posts along the way have charts on them letting you know how many miles you have gone and the elevation. If you are struggling continue to check those to see where you are at. 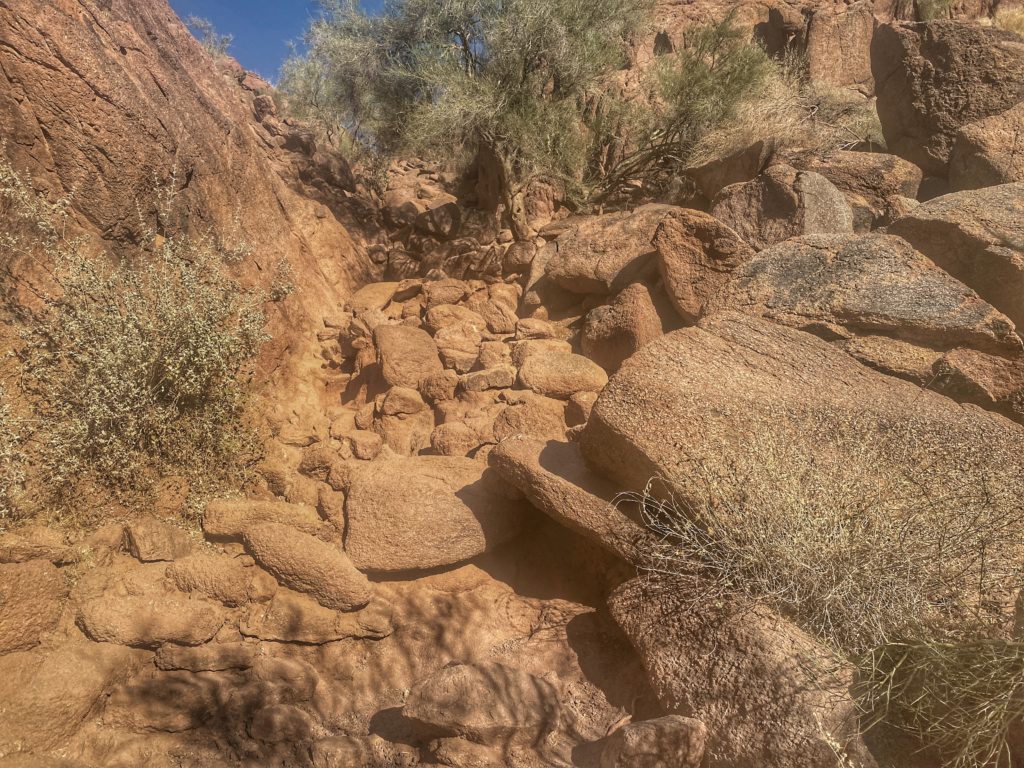 When I do it myself I’ll do Echo Canyon for the workout and it’s more direct so you are up and down quicker. With that said, being more direct it is definitely harder due to it being significantly more steep.

Echo Canyon you will find yourself going pretty directly up hand over foot 6-7x. The hike is no joke and Parks & Rec have added significantly more signage and park rangers warning people of the dangers of hiking up in the heat. There was a time when multiple people would die each year from the hike. 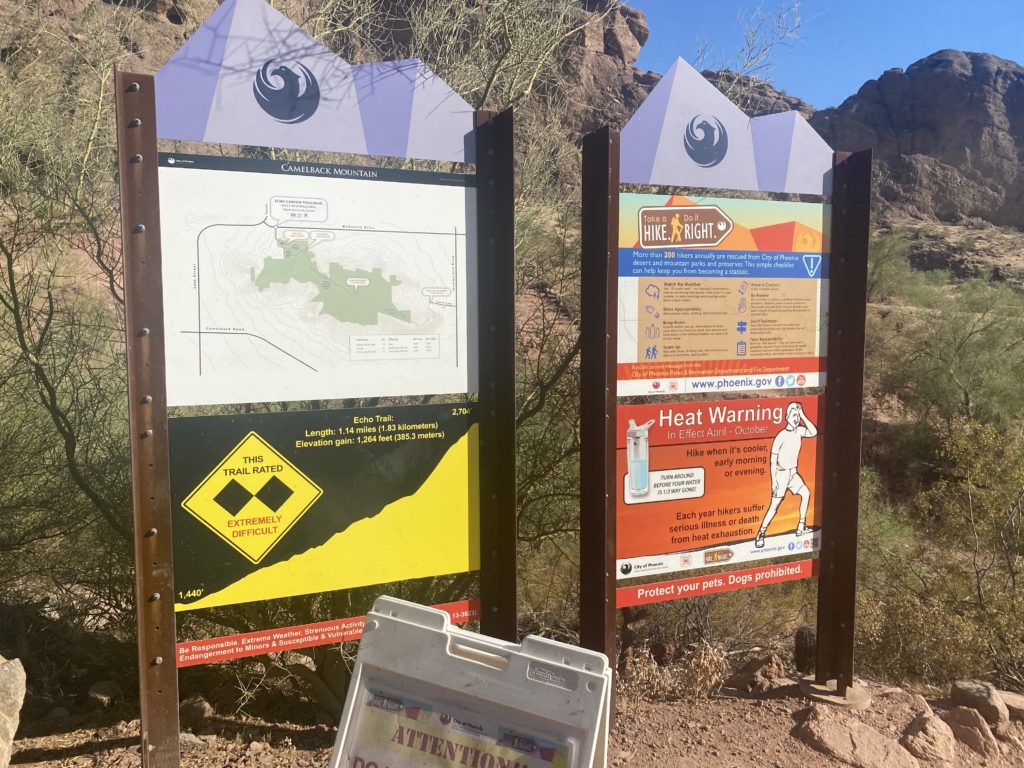 Cholla is less intense but it is stretched out over a longer distance, so it will be easier strength wise but will take longer to do. Both have their good sides but it just depends what kind of hike you want and how much time you have. 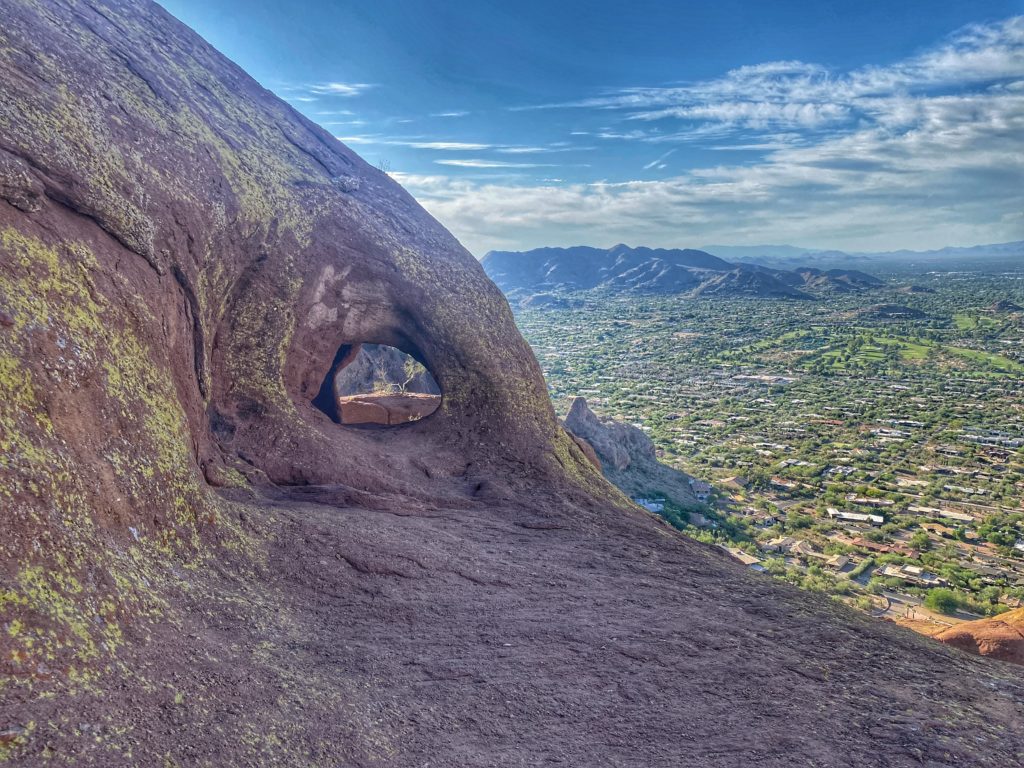 Where is the Camelback Mountain Cave?

The secret cave is located on the Echo side .08 miles up at the hiking post #20. The trail goes to the right but if you look to the left… you will see the marks of a lesser known trail up towards the “bees warning” sign.

Walk up that way and within 10 seconds you will wrap around to the beautiful cave. I do hate to ruin the secret but I want everyone to see as much of unique and beautiful Arizona as you can! Take a little break in the cave and soake in the beautiful view.

The cave also has historical significance as it was a sacred site used by the Hohokam Culture before they abandoned the area in the 14th century. 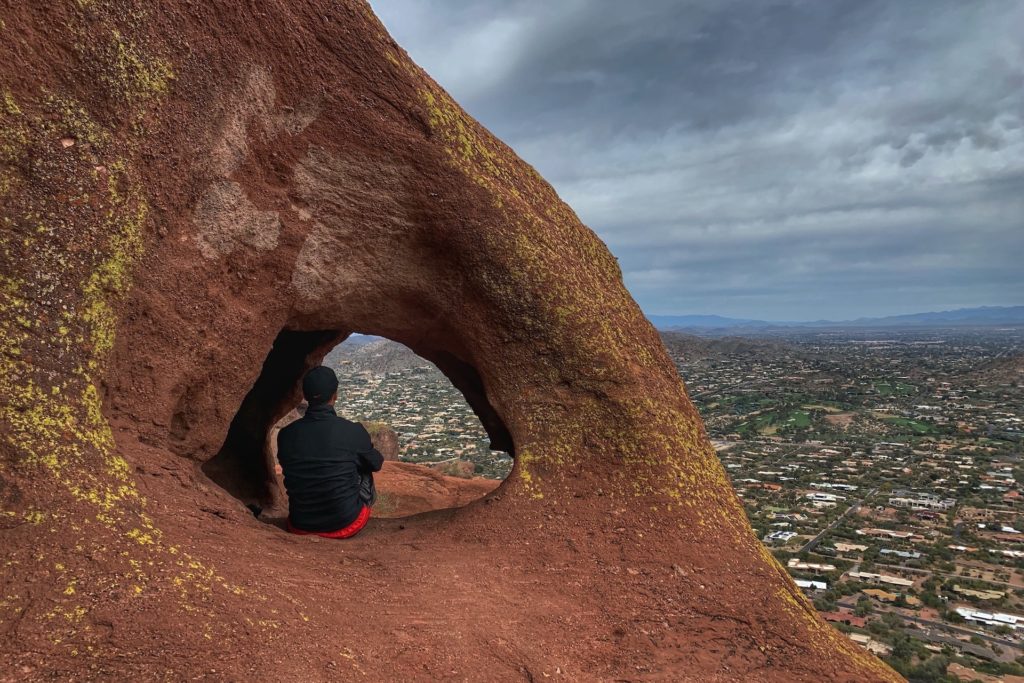 Not sure whether to choose Echo Canyon or the Cholla trail? As mentioned Echo is the more direct and uphill reaching the top in 1.25 miles where Cholla takes a longer route at 1.5 miles to the top. 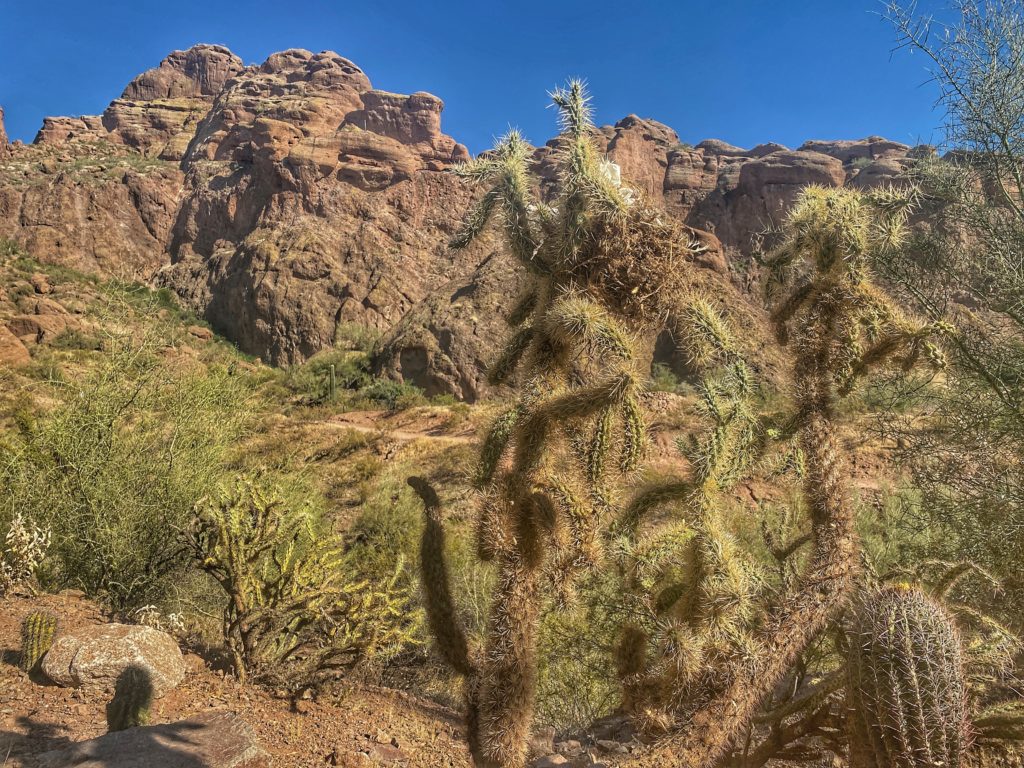 Echo is significantly harder and consistent throughout with lots of hand over hand high-stepping to the top working those legs.

Cholla is very stretched out for the first 70% with a gradual much easier incline but then as you get to the last 30% it gets significantly steeper but still a touch less than the Echo side. 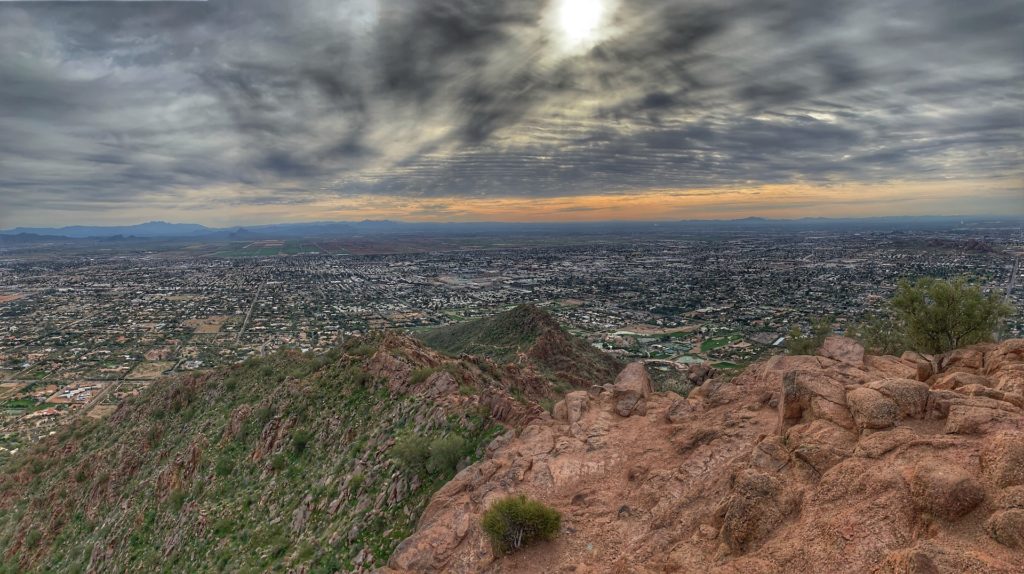 Either hike is truly a perfect length as you get an incredible workout, you’re out in nature and you get to overlook all of Phoenix for the oh so important picture at the top :).

You can spend some time up there just marveling at the houses as well and catching some sun. I will remind you multiple times to bring lots of water and wear proper footwear.

As mentioned, do not take this hike lightly as it is quite hard. People die each year taking it lightly by not being prepared, in shape or having enough water… 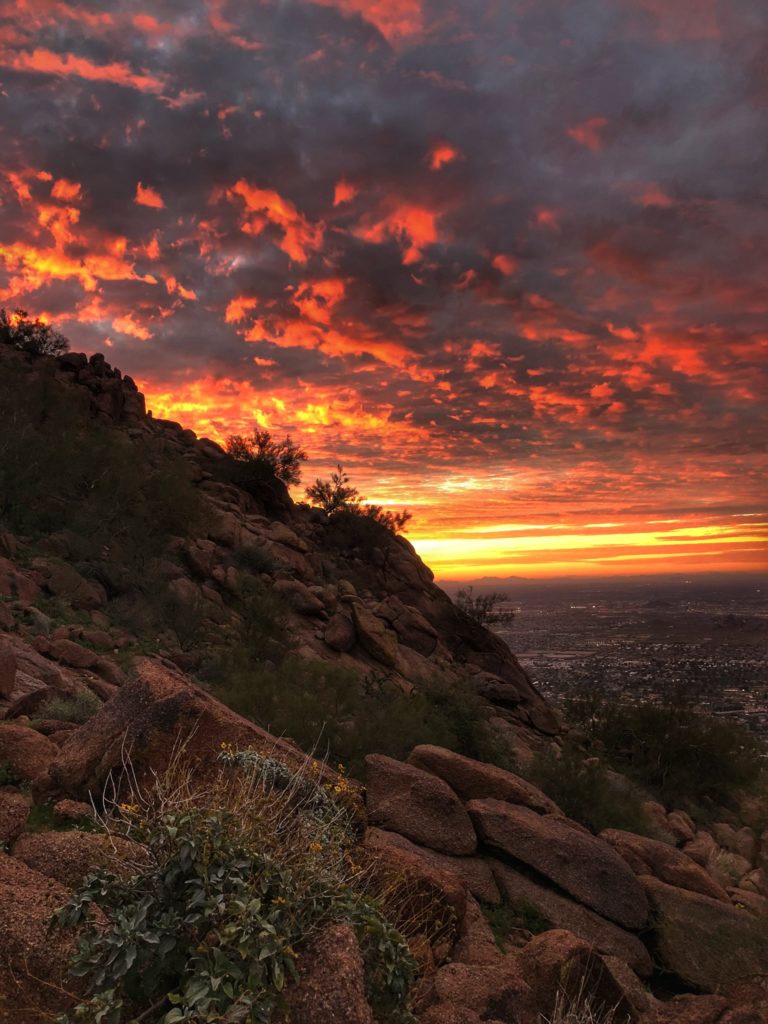 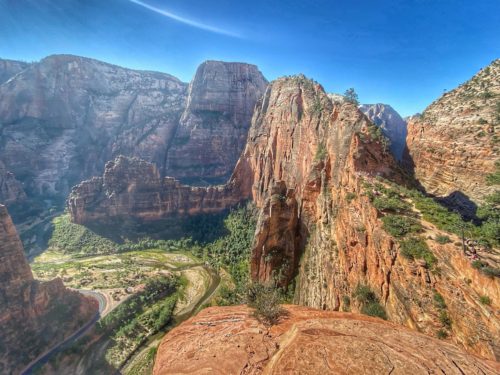 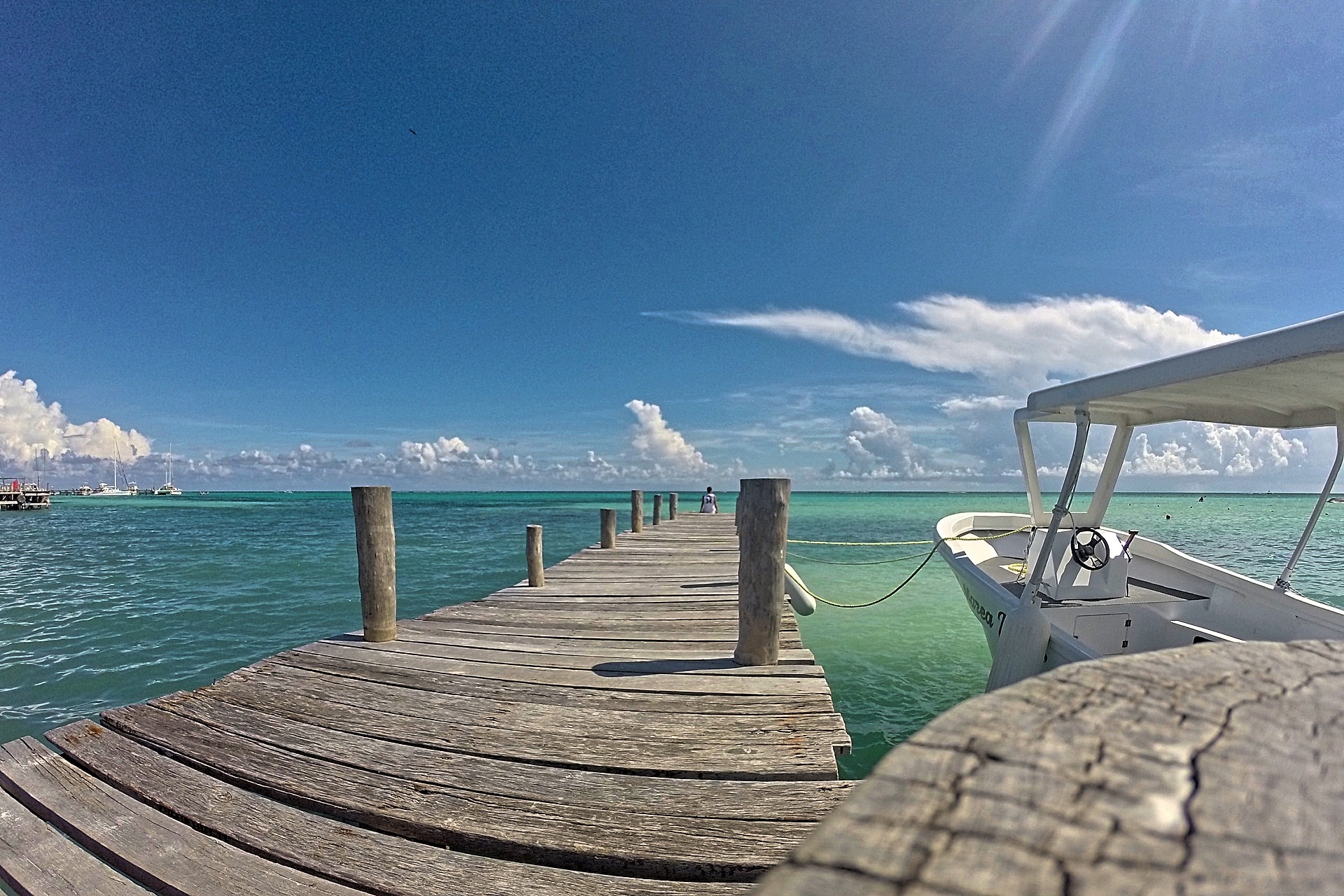 13 Best Unique Things To Do In Cancun 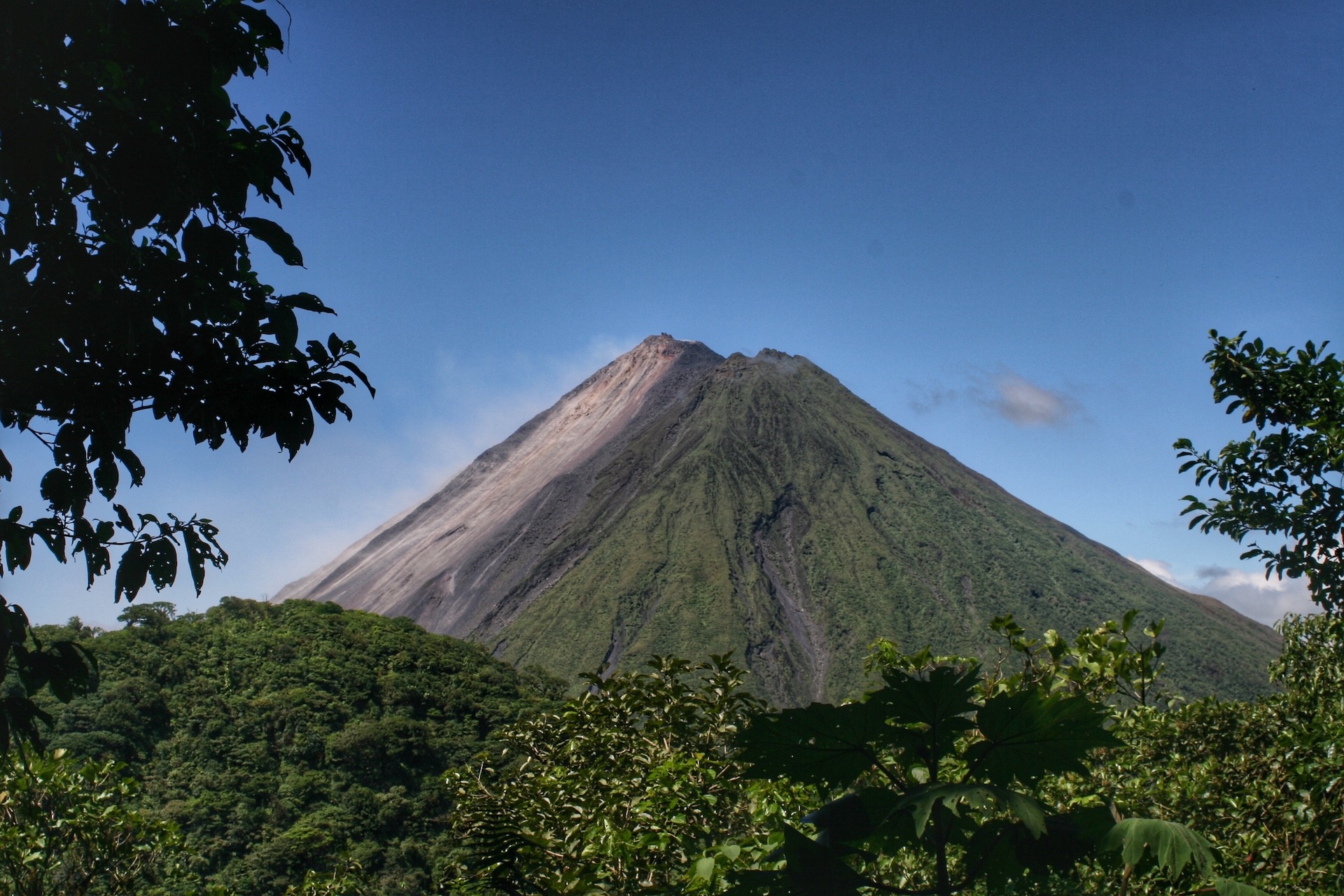