Pho has been sweeping the US for the last couple of years and it might be the most photographed food on Instagram. What is great about pho is that you really can make it however you would like because it is extremely versatile. I was taught some great Pho recipes when traveling through Vietnam with some tips and tricks along the way! Unfortunately it is near impossible to make it as good as the real thing you’d get in Vietnam, especially when you want something quick… however this recipe is still great and will satisfy that craving!

Here is a how-to video for this recipe!

I also learned in Vietnam that pho is different whether you are in the south in Saigon or the north in Hanoi. With that said, the recipe itself has its own variations so don’t be worried about making it only one way… make it to what you love. If they can make it different in Vietnam surely you can add your own flair and make it how you want at home! Make it spicier, make it sweeter or saltier… have fun with it!

There is no doubt that pho recipes are intimidating. There are like 20 ingredients and 3+ you probably don’t have at home. This recipe is for people who aren’t experts in the kitchen. The goal is to dumb it down so anyone can make it. This is also a cost-efficient recipe giving you substitutes for many of the items you might not have already or if don’t want to spend $20+ for new spices. There are recipes out there of making your own chicken stock but here we don’t have time for that so go get yourself from chicken broth. 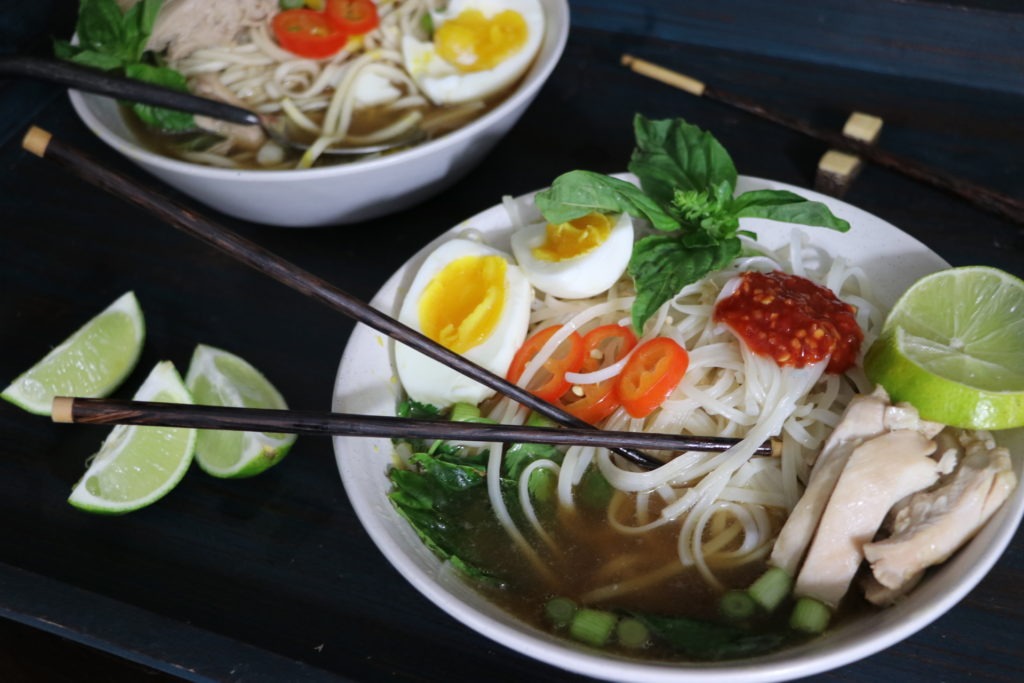 I honestly just make this recipe to be a superhero version of the standard 99 cent ramen noodles. Let’s take ramen noodles, which we all love, then add in some extra amazing flavors, toppings and enjoy ourselves!

Real talk… I do not like beef pho at all. People are on this pho bandwagon and I honestly am not a huge fan of the beef or pork versions as they often have a pretty harsh taste… however the chicken version or pho ga I am completely on board for. Thus made you a simple version that anyone at home can make! Furthermore, beef pho is also significantly harder to create and needs more TLC when creating it, where the chicken version you can get away with some shortcuts to still have a lovely tasting pho ga. 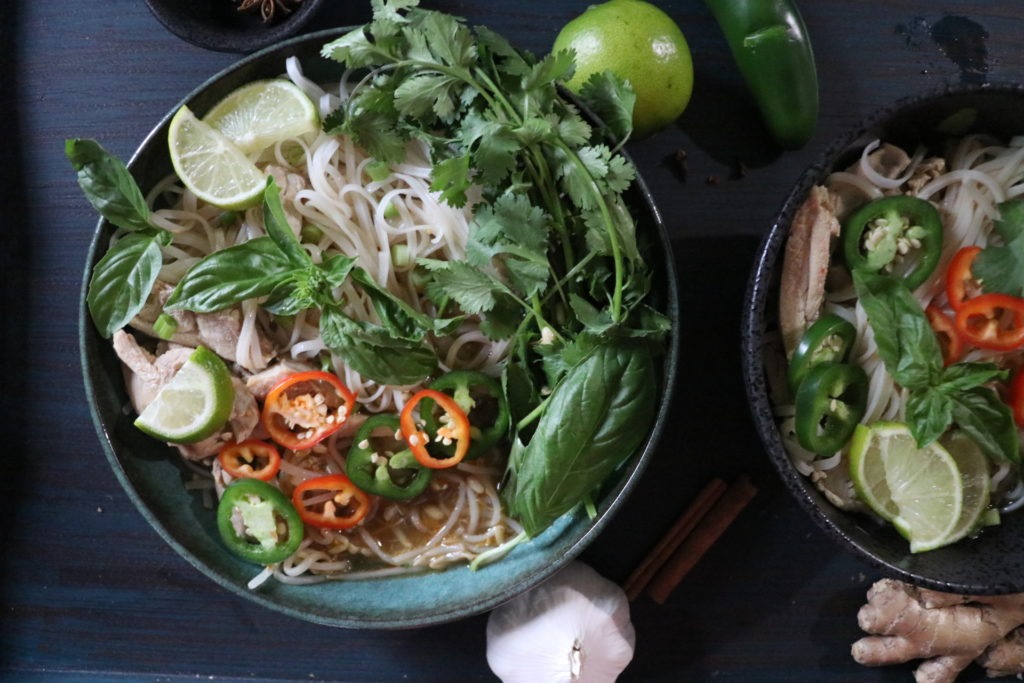 What makes this the most helpful and best/simple recipe is that I am watching after your bank account. Nothing is worse than wanting to make these fun dishes and realizing you need to purchase a bunch of random ingredients you won’t use for anything else. There’s a good chance you don’t have 3-5 of these spices or sauces at home and instantly this recipe costs $50 the first time… so let’s help that.

As you hopefully know, this is a website to make dishes simple, easy and ideally cheap. With that said, you may want to substitute some things if you don’t want to spend a total of $25 on new bottles of coriander, cinnamon sticks, star anises, cloves, whole black pepper and fish sauce.

If you plan on making this dish often or can use the ingredients then definitely do the investment. However, if you don’t want to spend a ton on a few ingredients at this moment I am here to help. Ironically Whole Foods has little mini packs of these spices for $2 each vs. buying a whole bottle for $7+ (ironic because Whole Foods is never cheap).

Coriander substitute: You can substitute cumin, caraways seeds or fennel… or just don’t use it altogether. Again it helps the flavor and authenticity but isn’t a deal break to the average pho enjoyer. It is also a pain in the neck to get out of the broth if you don’t have a wire strainer.

Star anise and clove substitute: These bother are good replacements for each other. Thus, just buy one or the other if money is tight. Star anises can be used again in my Pumpkin Spice Eggnog Cocktail… 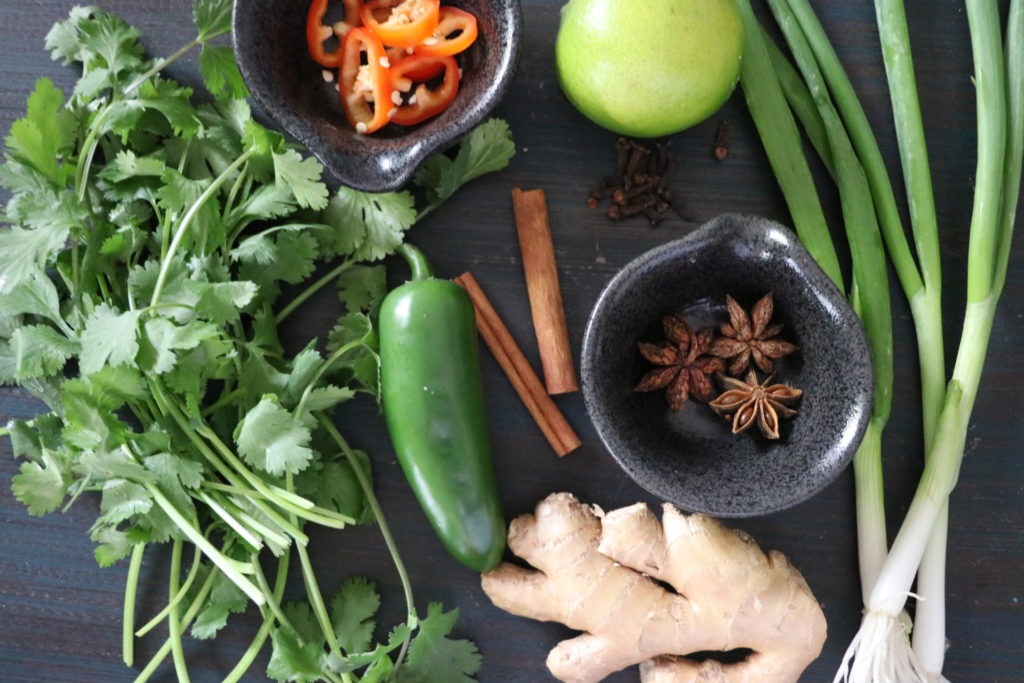 Fish Sauce substitute: If you don’t want to buy $5-8 fish sauce then you are in luck as you can substitute 1 tsp of Worcestershire sauce! Another substitute is 1 tsp of soy sauce with a little squeeze of lime juice… or even combine all three!

Cinnamon stick: Similarly here, it is annoying to buy a bottle of sticks for $8 to use one… so you can skip this if you need to. However… you can use these again if you are making my Espresso Martini recipe or Bourbon Eggnog Recipe…

How Do You Pronounce Pho?

Well as you probably know the real way to pronounce it is “fuh” and it actually refers to the rice noodles and not the soup itself. However, no need to feel silly for calling it “pho” and don’t be those “you know that’s not how you pronounce it” people. 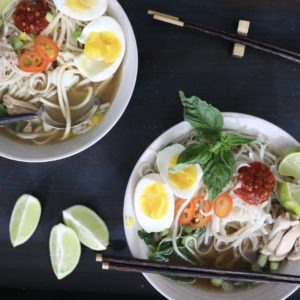 Pho has been sweeping the US for the last couple of years and it might be the most photographed food on Instagram. What is great about pho is that you really can make it however you would like because it is extremely versatile. I was taught some great Pho recipes when traveling through Vietnam with some tips and tricks along the way! Unfortunately it is near impossible to make it as good as the real thing you'd get in Vietnam, especially when you want something quick... however this recipe is still great and will satisfy that craving!
Print Pin Rate
Course: Breakfast, Dinner, Hangover, Lunch
Cuisine: Asian
Keyword: Asian Soup, Easy Pho, Easy Pho Recipe, Hangover Soup, Homemade Pho, Homemade Ramen, Pho, Pho Recipe, Quick Pho, Quick Pho Recipe, Ramen, Simple Pho, Simple Pho Receipe
Prep Time: 5 mins
Cook Time: 25 mins
Total Time: 30 mins
Servings: 2 people 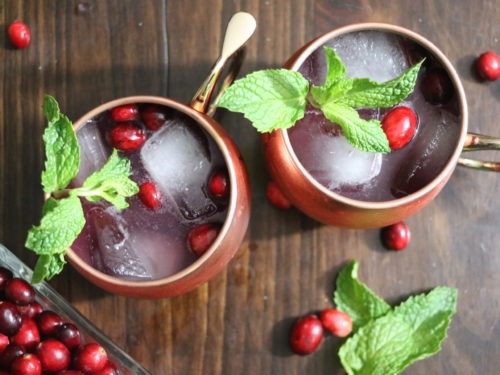 The 4 Secrets To Making The Perfect Cocktail 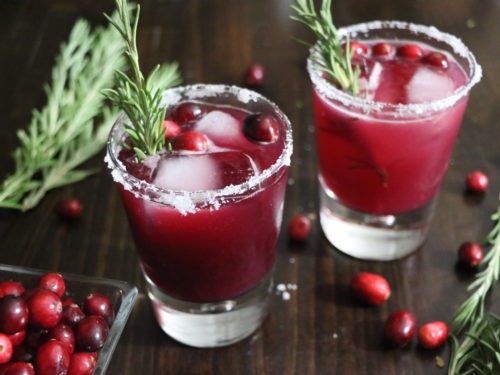 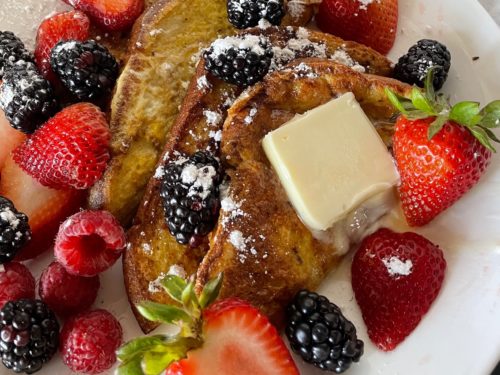