Jamaican brown stewed chicken is amazing but it sounds intimidating to cook! However, let’s get two things out of the way. 1. This is one of my favorite foods and I try to eat it once a day when I am in the Caribbean.

2. This recipe takes time but do not let it scare you away! Most of the time it takes to cook this dish is the food just marinating or simmering while you sit on the couch! there is only 10-15 minutes where you actually have to do anything!

With that said, don’t be intimidated by the long cook time as it truly is so simple. At the end of the day it is just cutting up some vegetables and mixing some ingredients together, putting it in a deep pan and that’s it.

Sure you may see 2.5 hours but 90% of that time you are sitting down watching TV, walking your dog, making out with a loved one or whatever the heck you do in your spare time… point being, its 2.5+ hours but really you’re only doing stuff for like 20 minutes. 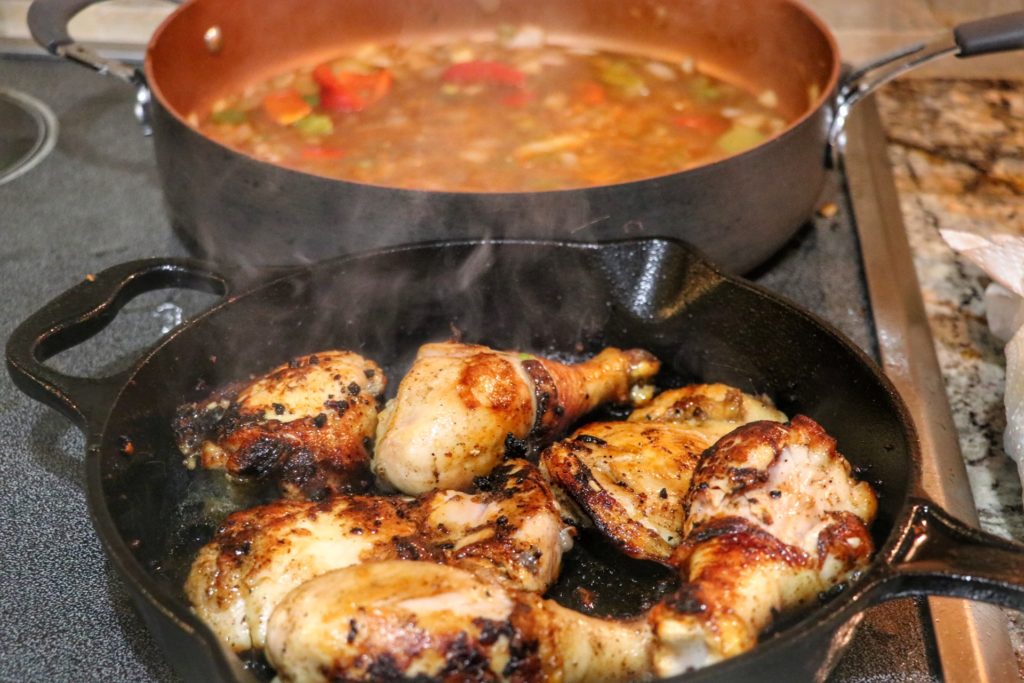 To the novice cooks like us… don’t let words like fresh thyme sprigs or scallions push you around. I used dried thyme that you can get a shaker of for $1 and scallions are just green onions with a sexier name that also cost less than $1 for a bunch.

Aside from that, the recipe just asks for pretty much everything you should already have in your fridge or simple stuff from the store for the most part. Jamaican / Caribbean stew brown chicken is the absolute best if you have never had it.

The chicken is cooked to perfection and the stew with the rice are orgasmic. If you can find some pepper sauce then definitely get it and add it to every bite!

As an aside, I live in Phoenix, and there are no Jamaican or Cajun restaurants in the city, which is horseshit, someone create a combo restaurant now thank you, I will be there non-stop.

This Jamaican brown stew chicken recipe is authentic and tastes just as good as anything I got in the caribbean.  While you can brown your chicken or even make the entire dish in the stove… the taste just isn’t the same as when you make it on the stove.

This dish is not meant to be healthy so go for it on the stove, especially in terms of browning the chicken as the remnant oils and liquids are the special sauce you need to add to your stew anyways! 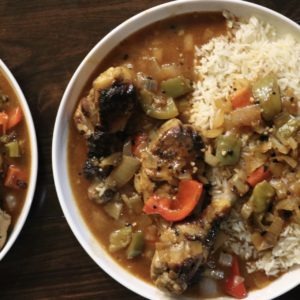 A perfect easy Jamaican brown stew chicken recipe that tastes so good you'd think you were in Kingston. One of my favorite meals on earth and I had to perfect it so I could have it while I am home nowhere near Jamaica!
Print Pin Rate
Course: Dinner
Cuisine: Caribbean, Jamaican, Latin American
Keyword: Jamaican brown stew chicken recipe
Prep Time: 1 hr 20 mins
Cook Time: 40 mins
Total Time: 2 hrs
Servings: 4 people 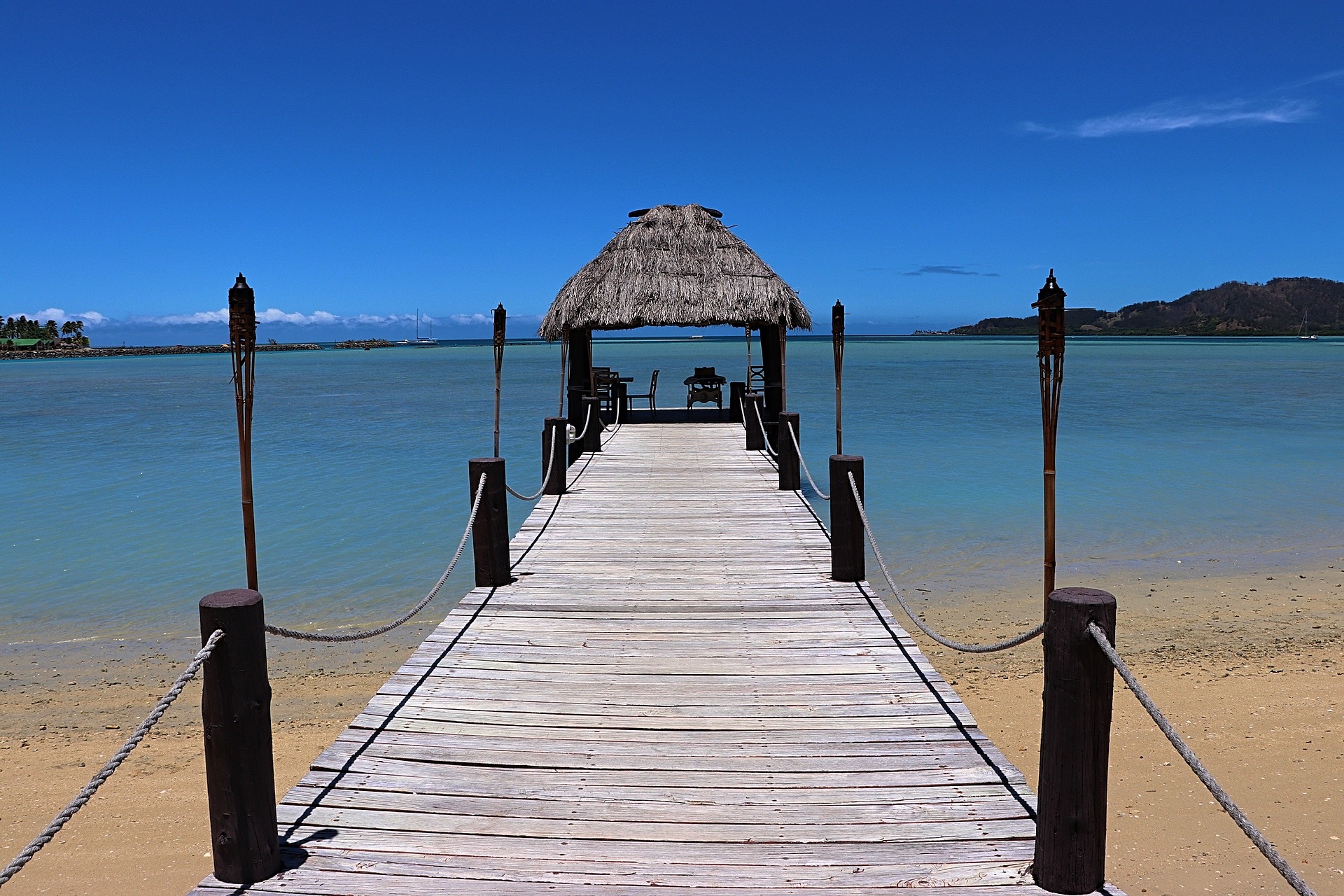 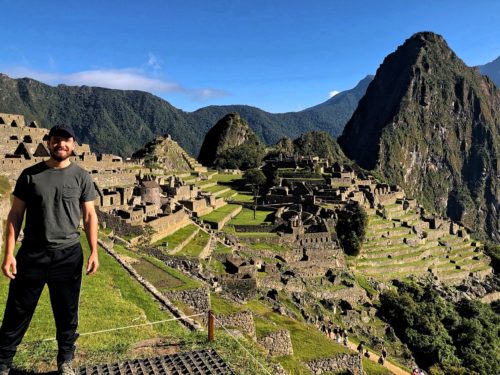 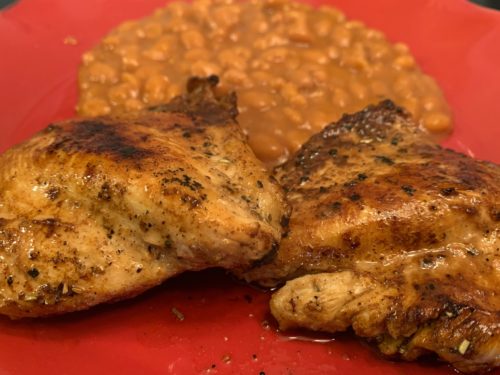 Iron Lion | Link in bio for this hike guide and m