What Are The Best Pickles To Buy?

You could spend forever looking at the pickle aisle and never have the time to figure out who makes the best pickles but that’s why I am here.

Why you should trust this test?

I am the world’s foremost expert on pickles. They have been my favorite foods in world since I was born and my mom and grandma would actually put dates on the jars of pickles they made so that I could not eat them until then.

Literally… I had to wait 5 days until I could open the next jar in our pantry, it was madness. I won’t eat a burger or a sandwich without pickles and overall I have tried every pickle in the world. 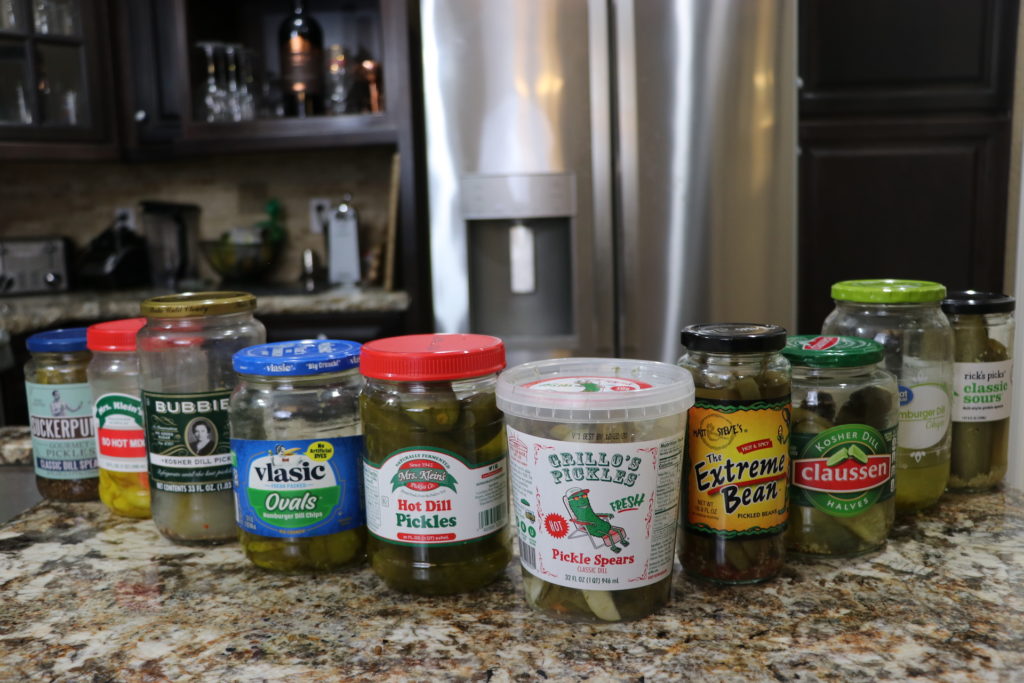 What Pickles Were Left Out From The Taste Test

To find the best pickle brands we decided to leave out brands that were not easily found or more regional pickles. These include Wickles pickles, Boar’s Head, Mcclures. We also can’t find Farmer’s Garden by Vlasic anymore… they were fire… but don’t think they make them anymore.

We also left out basic brand generic pickles that are just hot off the assembly line and taste blah. We of course left out sweet pickles as they’re disgusting… sorry Famous Dave’s and others. This is for the best dill pickles to buy but also the best pickles in general since sweet pickles are not good.

The deli pickles that you get at random delis or restaurants aren’t included either of course since they aren’t common either.

Suckerpunch Pickles | 3/10 | Unfortunately they are were a let down. Sucker Punch says they are the most flavor packed pickles in the world and that is sort of true but in a more is less sort of way.

Suckerpunch promotes their use of 11 spice blend but unfortunately in the end it just kinda of makes them taste like potpourri. Less is more with pickles and Suckerpunch found a way to make pickles taste really herby and almost flowery spices. 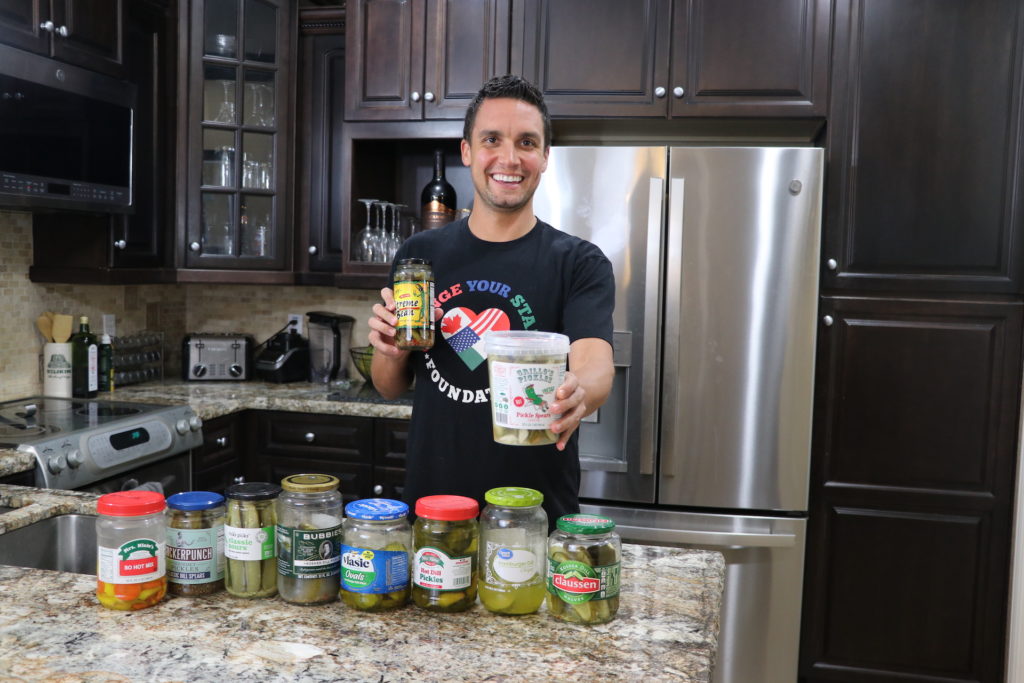 Rick’s Picks | 3/10 | Again, wanted to like these but they just are not anywhere near the top of the list. Unfortunately they are the most tasteless of all pickles I have ever had with truly not much flavor at all.

They promote themselves as low sodium, low calorie and gluten free but I mean just eat a cucumber if you want to be healthy… if you want good pickles then don’t get these.

Furthermore I found the cucumbers they use are a little on the seedier side and potentially too large to make pickles with… which also probably is what waters down the taste some since the seedier meat dilutes the pickle taste.

Bubbies | 5/10 | Again I wanted to love Bubbies but all I have to say is mustard seed. If you love mustard then these are for you… if you just kinda like mustard like most of us, use it on sandwiches and burgers etc… dis too much.

The Middle Of The Road Pickles

Vlasic | 6.5/10 | These are basic pickles but cheap and easy to access. The taste is fine, I put them on my sandwiches and burgers. However, they are just pretty standard store bought pickles and taste pretty processed with lots of preservatives.

They remind you of like the subway/Mcdonalds pickles and really just kinda… I dunno, lack of a better term “sleazy pickles” but they are so good!

Mrs. Klein’s | 8/10 | Love Mrs. Klein’s pickles! Had no idea they were local to Phoenix, where I live and their hot pickles and pickle vegetables mix are a must for your bloody mary’s and bloody caesars.

The only thing keeping them from a higher grade is they don’t taste or feel as fresh as the leaders in the pack. They do hurt your stomach a touch more and can tell they are a little more heavy on preservatives etc vs. the top pickles.

They also are kept in the warm aisle where the best ones in the list are always kept cold, so you know they are extremely fresh.

Claussen Pickles | 8.5/10 | Kept cold these taste like they are right out of any deli! Deli pickles are always the best and Classen’s hit it out of the park when getting that perfect powerful and mouth watering taste.

They were always the best and my favorite (outside of grandma’s) until this newcomer came around.

The Extreme Bean | 9/10 | Now these aren’t pickles but if you are a pickle lover you have to try them. They are the BEST garnish for bloody mary’s and bloody caesars so go order some now!

There are spicy and regular versions and they are better than Rick’s Picks and all other competitors, absolutely amazing.

What Are The best Pickles In the World to Buy?

Grillo’s Pickles | 9.5/10 | Wow… they are absolutely amazing. Fresh, tasty, flavorful, pack a punch and by far the best pickles you can buy! They also have spicy versions which are even better than the regulars! 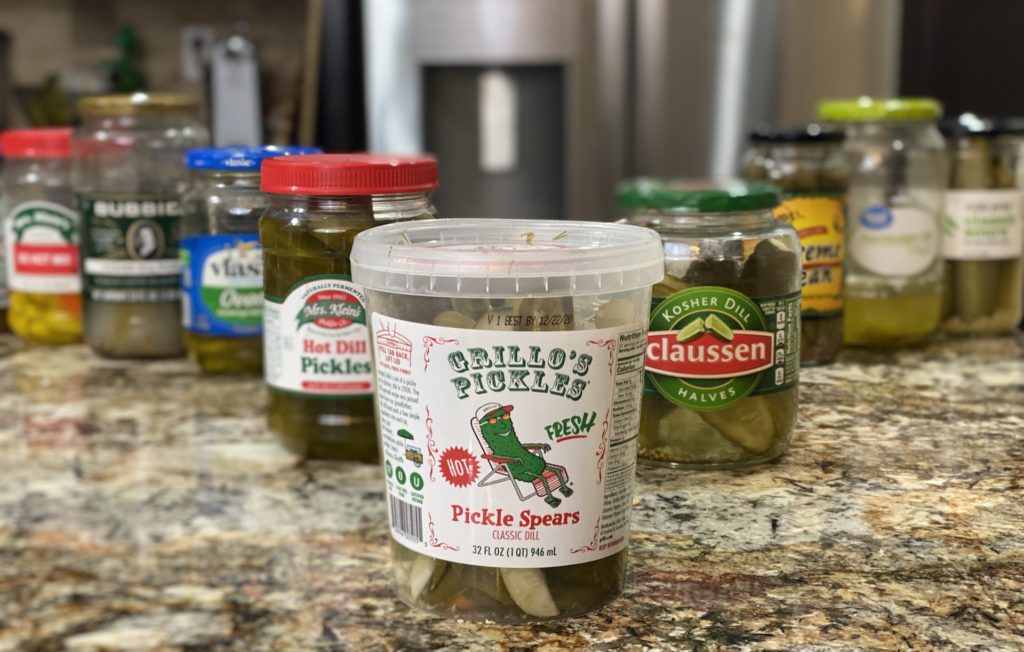 What kind of appeals to me is I never feel like every jar is the same. It’s like they are handmade and while always taste amazing they typically will have a slightly different taste each time. They are just that fresh and amazing you think they are made by hand vs. some machine assembly line like the main ones.

They are a little newer on the scene and their distribution is growing quickly so they will be in a store by you. Right now they are at almost every Whole Foods & starting to be in Safeways, Sprouts and lots of the larger health food grocery stores.

You need to try them though as they are unreal! The best pickles on earth you can buy and only second best pickles ever next to my 10/10 grandmas pickles. 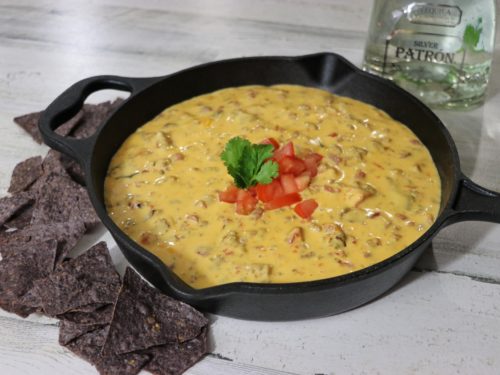 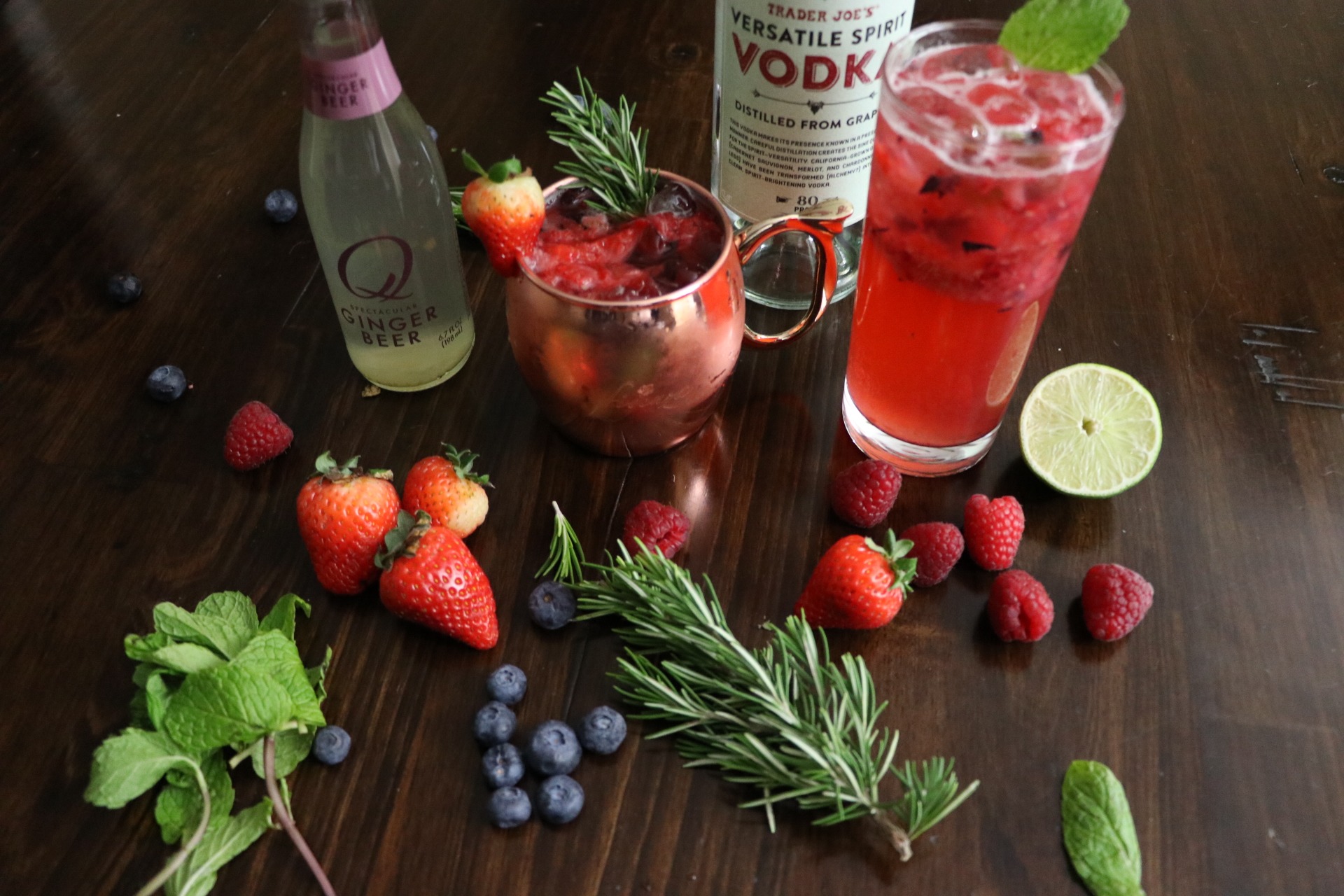 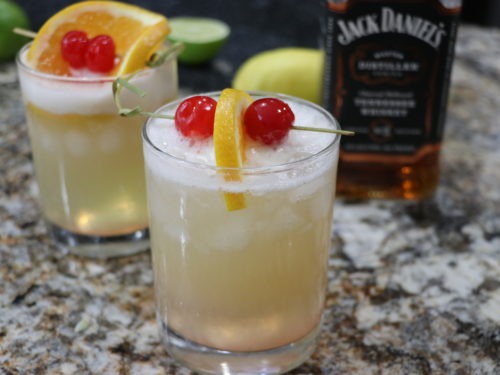