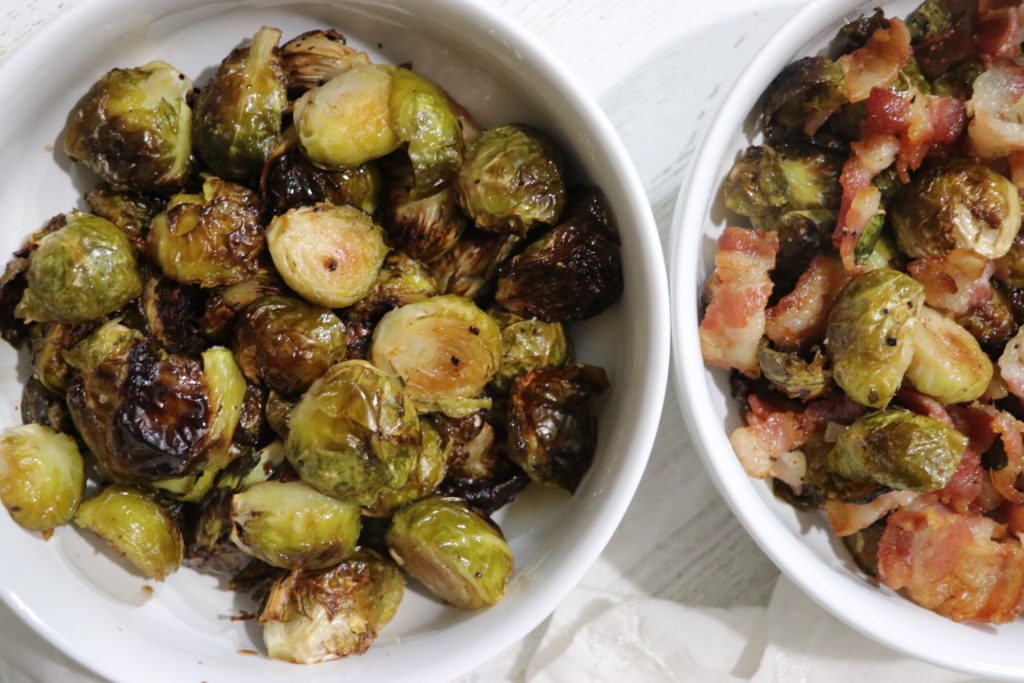 Roasted Brussels you just set it and forget it until they are done!

I had never gotten the fascination with Brussels sprouts and that is because they had always been served boiled and never had close to the taste of the roasted version. 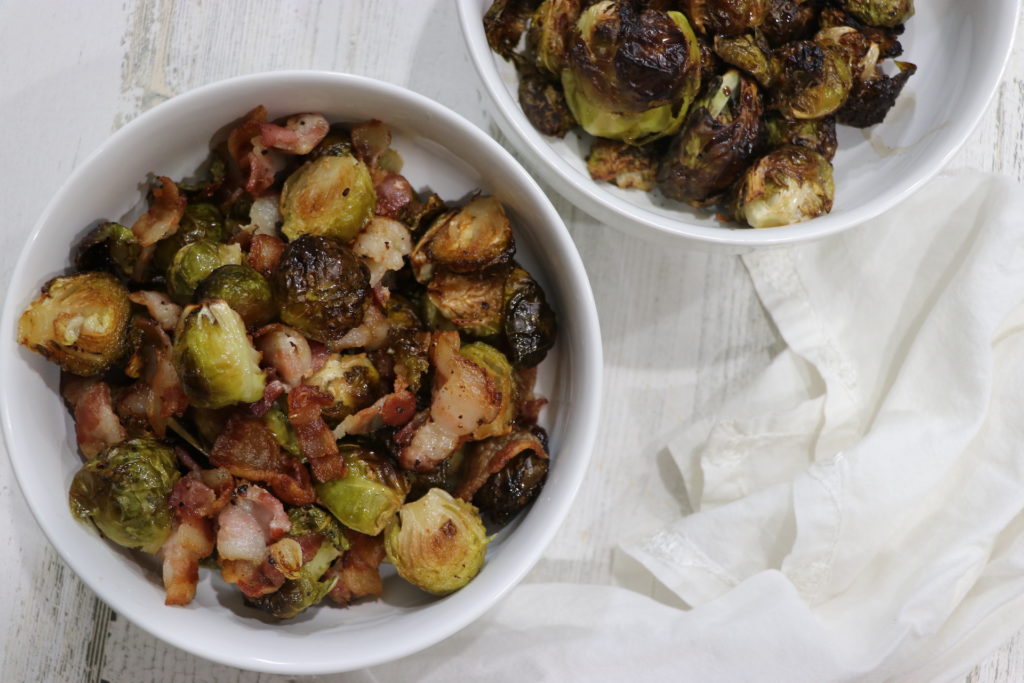 Brussels sprouts are the best side dish vegetable too. They have such a great taste and texture that everyone seems to love.

I did a poll on my social media and Brussels sprouts won the poll as best vegetable side dish hands down.

Brussels sprouts are also extremely affordable at less than $5 for enough to have appetizers or sides for 4+ people. They are easy to access, cheap and full of taste, what’s not to love?

You can cook Brussels sprouts on the grill as well but as with any recipe, sometimes the grill is harder to control the temperature and won’t cook as perfectly as in an oven. It is hard to mess-up Brussels sprouts in the oven as they really are still great a little overcooked or undercooked. 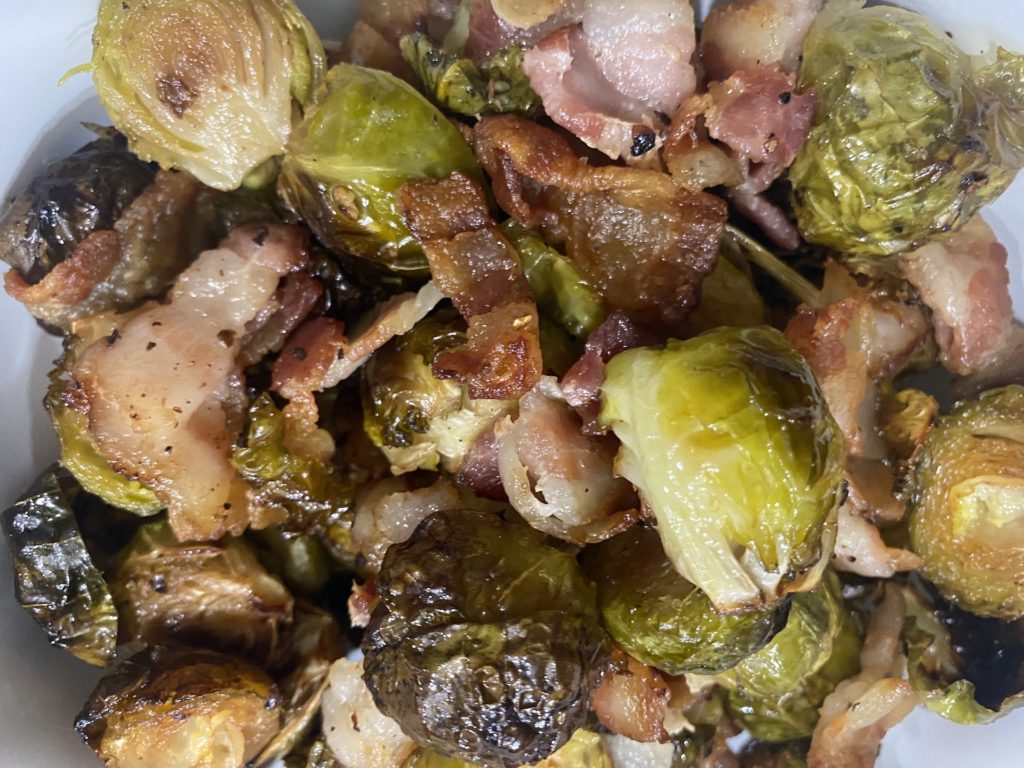 Should You Flip Brussels Sprouts?

No, per the recipe below you will cut the Brussels sprouts in half and keep cooked face down. This keeps the steam trapped in when face down and you get this amazing hybrid of melt in your mouth on the inside with a nice crispy texture on the outside.

This incredible texture is probably what makes Brussels sprouts everyone’s favorite vegetable. It is the perfect balance of crispy and a soft little crunch. Furthermore Brussels sprouts are pretty versatile and you can make some fun variations per below! 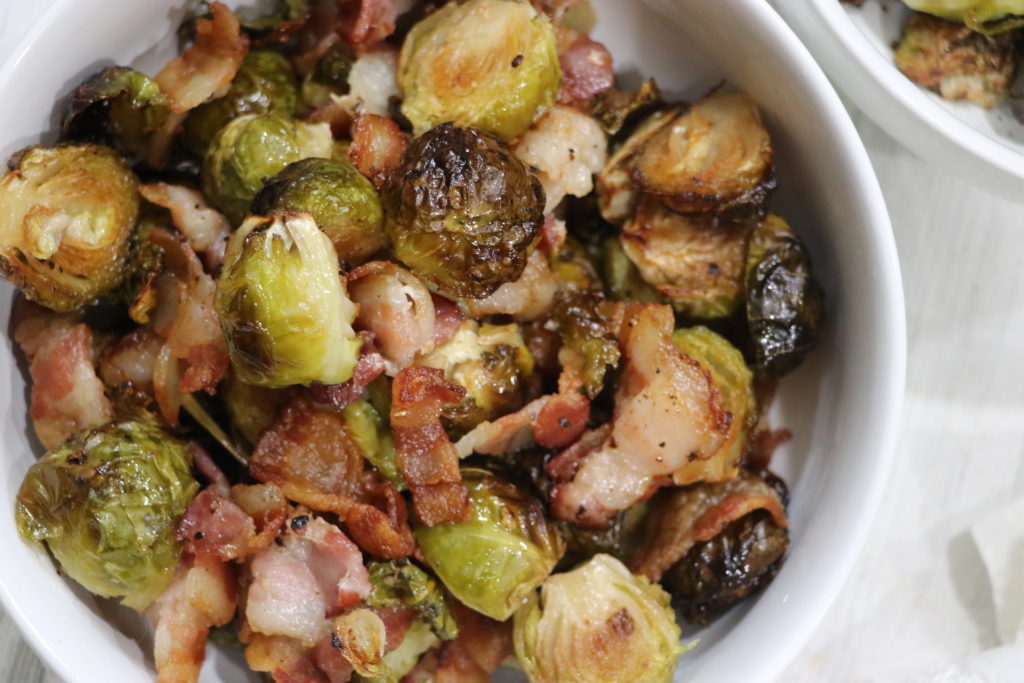 What are the best additions to Brussels sprouts?

You can keep things very simple with just some olive oil, salt & pepper and balsamic vinegar to finish them off. As mentioned above, if you aren’t trying to be healthy than bacon with Brussels sprouts is incredible!

The best variation is by adding bacon of course, everything’s better with bacon.  But if you are trying to keep these healthy or vegetarian than don’t fret as the basic Italian/Mediterranean mix is my favorite and just as simple.

Make Brussels sprouts Italian by finishing them with some balsamic vinegar, parmesan cheese and a nice squeeze of a fresh lemon. 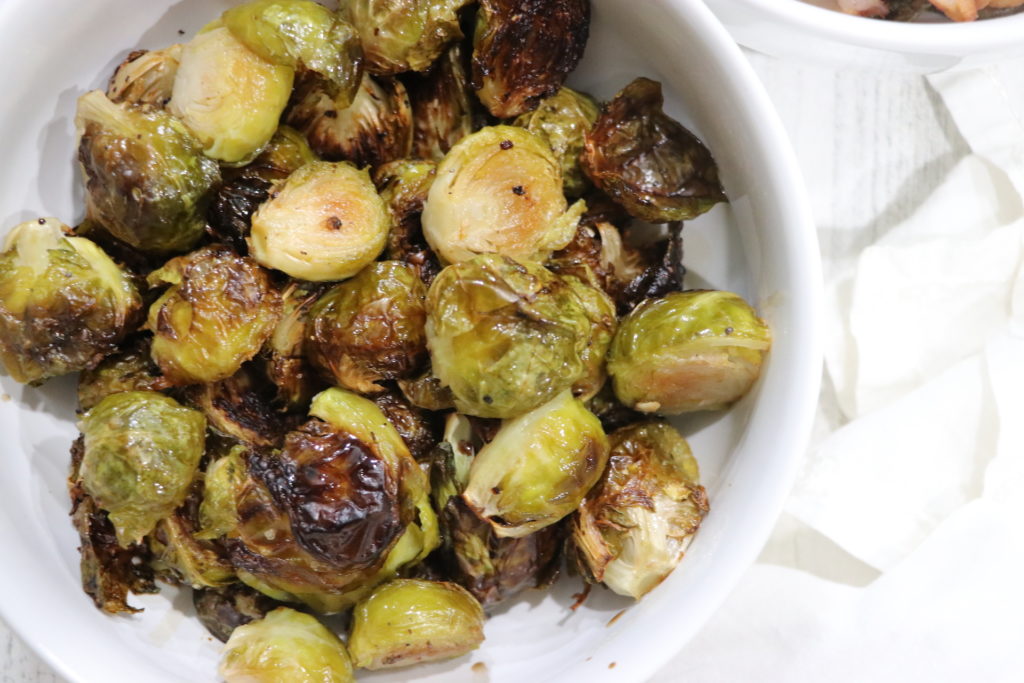 Thanksgiving Brussels sprouts people typically roast the Brussels sprouts with pecans and cranberries sprinkled over top. This is maybe my least favorite variation but people seem to like it!

There are a ton of great recipes you can make to have Brussels sprouts as your side dish. Here are just a few frome this site that go exception with Brussels sprouts. Try this easy incredible salmon recipe, or cook steak like a pro with this pan-seared steak recipe. 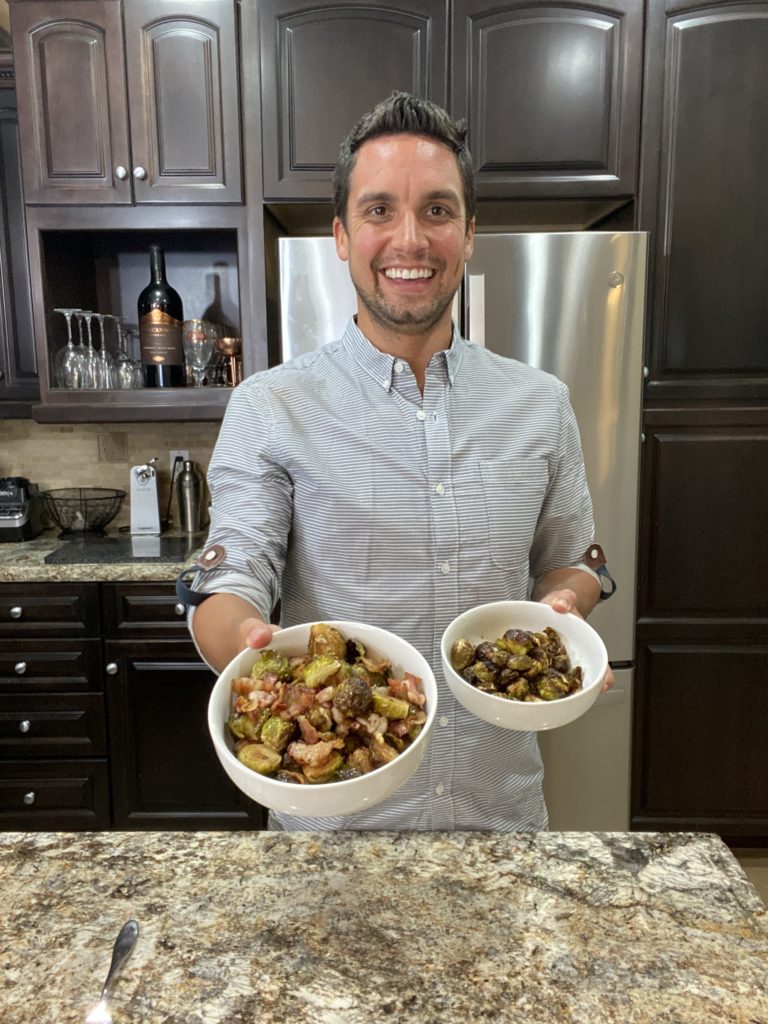 How To Cook Brussels Sprouts? 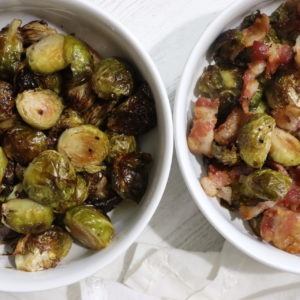 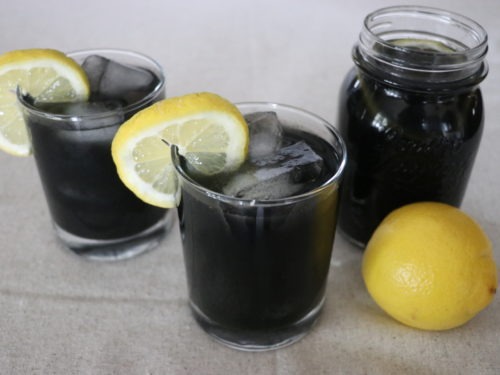 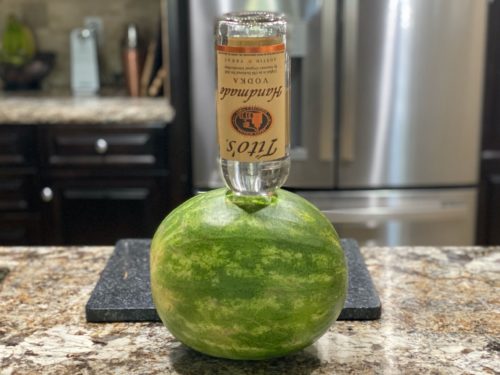 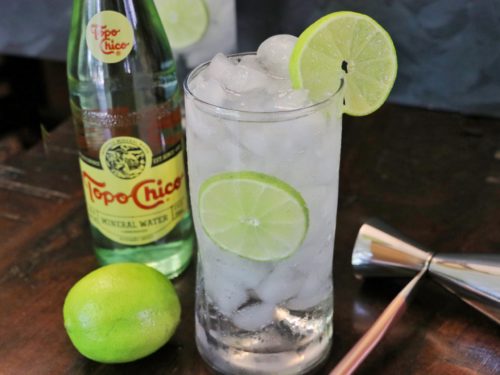